One of the state's most prestigious golfing institutions, the California Golf Club was founded on leased land close to San Francisco in 1918 and moved to a permanent home south of the city in 1926. The move was the making of the club, for its new home in San Mateo County was a spacious farmland that enjoyed long views, a magnificent collection of old trees and perfectly undulating golfing ground. Curiously, although the course was originally designed by A.V. Macan it was re-bunkered by the great Dr. Alister MacKenzie only two years after completion. There is little explanation as to why changes were needed so soon, but as with Kingston Heath and the Victoria Golf Clubs in Australia, there is little doubt as to the impact of MacKenzie’s work.

As evidenced in archived images and historic course reviews, the MacKenzie bunkering transformed the “Cal Club” and gave holes that used the sloping land, in particular, a rugged appearance every bit as dramatic as his beloved Pasatiempo further to the south. The Macan routing was clearly excellent as well. For several decades members at this fine club enjoyed what must have been a tremendous Golden Age golf experience.

As is often the case with old golf courses, over time the gloss slowly came off the California Club. Design features lost some of their shape and relevance, trees started to overcrowd the landscape and the overall maintenance changed to a more formal presentation. Things deteriorated further in the mid 1960s, when the state of California expropriated a portion of the club’s land for a new road, and compensatory changes were forced upon the layout. The final straw arrived in the early 2000s, when technology rendered the dimensions of an internal driving range insufficient for the modern golfer. Additional trees and containment mounding were introduced to protect golfers on the opening holes, but did little except make this part of the course intolerably cramped.

Irrelevancy can be a strong motivator, and with their prized asset a mere shadow of its former self the club decided that a restoration program was needed to address the decline. Expressions of interest were sought and received from a dozen leading golf architects, only one of whom proposed structural change in place of pure restoration. That architect was Kyle Phillips, who was awarded the job on the back of what seemed a radical plan to re-route the front nine, build three new holes and shift the driving range away from the clubhouse. The Phillips appointment was a gamble in many ways, but has paid rich dividends. By moving the range and removing hundreds of trees, he provided the golfing corridors with breathing space and the sense of grandeur needed to return a genuine old-school vibe to the property.

Unlike the nearby Olympic Club, which is largely built on the side of a hill, Cal Club occupies erratically tumbling ground, the heavy slopes full of great natural movement and ideal for interesting golf. The routing uses the perimeter of the property particularly well, and the naturalistic bunker shapes and re-imagined green complexes work perfectly to give the impression that the Macan and MacKenzie design was never touched. That's the biggest compliment anyone can pay Kyle Phillips regarding his work at the California Club; that the layout looks to have been preserved from the 1920s.

The golf holes themselves are inviting, varied and original. Green surfaces are nicely pitched to accept well struck balls and the bunkers strategically arranged and attractively constructed. Among many standouts are the back and forth opening holes, the tumbling par fours that close each nine and the quartet of beautifully bunkered par threes. The short 16th is particularly impressive, for a nervy tee shot played downhill to a shallow ledge green wedged between artistic sand scrapes. Each of the new holes Phillips conceived are terrific, in particular the par four 7th, which tiptoes along an angled ridge as it horseshoes around a nasty ravine. Those able to accurately shape their tee shots from left-to-right here are rewarded with both additional roll and a much simpler approach.

Overshadowed for years by esteemed clubs like The Olympic and San Francisco, until the Phillips redesign Cal Club truly was the sleeping giant of the Bay area. That is clearly no longer the case, and anyone hoping to tick off the best golf in this city, or the best golf in this state, really needs to figure a way to get onto this fabulous course. 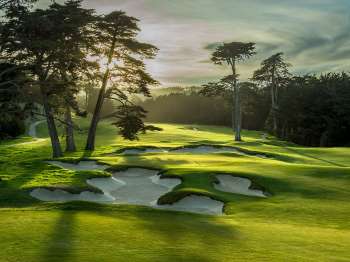 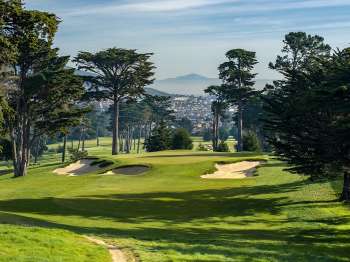 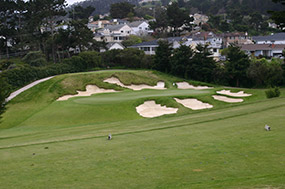 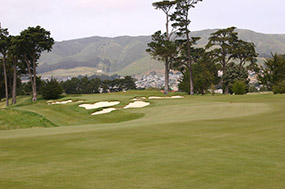 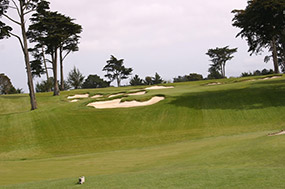 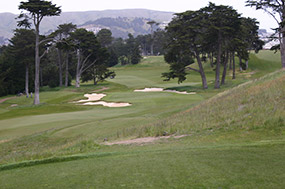