The Canyata Golf Club was developed by Gerald Forsythe on farmland owned by his family, originally he planned a three-hole course on the site in central Illinois but this soon grew to an eighteen hole private members course. The layout itself was design by Michael Benkusky, who previously worked with Lohmann Golf Designs and established his own company to complete Canyata. It was Benkusky who convinced Forsythe to create a full course on what is a reasonably dramatic prairie paddock.

Nine Canyata holes opened in 2001, with the layout completed in 2004 - and surprisingly being named among America's Top 100 by Golf Digest in 2009. The Digest ranking got plenty of attention, in part because the club allows so few rounds here. Treasuring its exclusivity as much as its pristine turf conditions, this is a unique golf experience for those lucky enough to sneak through the gates but those who can't needn't be too concerned as the layout itself is a long way from America's genuine elite courses.

The problem with Canyata is repetitious design, over-done mounding and general shaping and a lack of originality. On the positive side, the place takes a nice picture, is reasonably fun to play and the design team did well to hide their cart paths behind all the mounds. Some of the mounds here must be 30-feet high and, mostly peripheral to play, seem primarily built to hide all the paths and separate the holes from each other.

Canyata isn't a bad course, but it doesn't really belong on the Golf Digest Top 100 list. 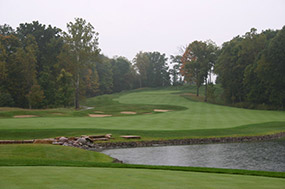 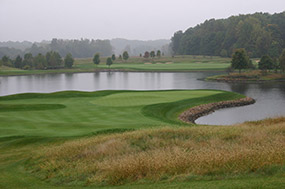 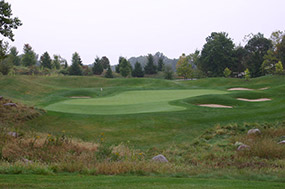