‘I am quite certain that this course will compare favorably with the leading courses in the United Kingdom and will be second to none of them.’ Herbert Fowler

Originally founded as the Chatham Country Club, Eastward Ho! is a unique Golden Age golf course situated on a narrow and bumpy Cape Cod peninsula known as Nickerson’s Neck, which eats into the waters of Pleasant Bay. The club was established in 1922 by a group of Bostonians who hired Herbert Fowler to build them a traditional links-style layout they could enjoy during their summer vacations. Fowler, who had previously revised England’s oldest links at Westward Ho!, arranged his holes in a large figure eight on either side of a central clubhouse, the opening nine stretching east toward the ocean and the back nine looping west along the shores of the bay.

Fowler’s course was completed in 1924 and is a true minimalist masterpiece, with the heaving ground undulations left untouched and the layout uncluttered by excessive bunkering or unnecessarily extravagant putting shapes. There are few level lies anywhere on the property and even fewer commonplace golf holes, starting with a par four opener that rises across twisted ridges toward a green built into a distant hill. The view from atop this green out over much of the outward half is quite spectacular. As are the two short par fours that follow and the stunning one-shot 4th, with its green resting atop a small bunkerless knoll.

Even more memorable is the 420-yard journey along the par four 6th, this adventurous hole heading across the brow of one hill toward a seaside target carved into the top of another. Here strong and straight drives are pushed toward the steeply banked green site while those leaking to the right are kicked into a sunken valley leaving an approach shot that is both longer and blind across another large mound. The short, rising 7th and mid-length 8th are also terrific but the remaining front nine highlight is unquestionably the par four 9th, which tiptoes precariously along a narrowing ridge. Again the advantage for an accurate drive is enormous as the putting surface falls sharply on both sides and approaching from a sidehill lie in the rough is fraught with danger.

On the back nine the ridges are generally less irregular and the contours slightly smaller than on the front side. The exception is the 18th, a magnificent two-shot test that crashes wildly into a distant valley before climbing straight uphill into a crowned target falling cruelly at the front and rear. Equally unforgettable are bold roller-coaster fairways at the 11th and 12th, both with small plateau greens that are blind for those unable to hit their earlier shots beyond the farthest ridge. The par threes are also outstanding, the long 10th with a green tucked beside a small hill and the shorter 15th with its triple-tiered green virtually pressed against the shoreline.

Despite great satisfaction with the current set up, Eastward Ho! did suffer a long period of neglect when the club allowed trees to propagate heavily across its windswept slopes. Thankfully, since the start of the century thousands have been removed, the transformation back to its raw, virgin state even more drastic than what occurred at Oakmont. Not only are the fairways and greens once again exposed to the region’s shifting winds, but the sweeping vistas and turf conditions have also improved out of sight.

Aside from its general lack of recognition, what’s most remarkable about this course is the dizzying scale of the property and the sheer number of fantastic holes it has. Unfortunately for golfers worldwide, developers don’t build courses like this anymore, and more’s the pity for Eastward Ho! is one of the most enjoyable layouts to play anywhere in America and its uncomplicated quality should remind us all of the pleasures of golfing on naturally suitable ground. Unlike many modern courses, where you walk off the 18th and seek immediate refuge from the torture, here you are likely to start longing for another game the moment the round has ended. 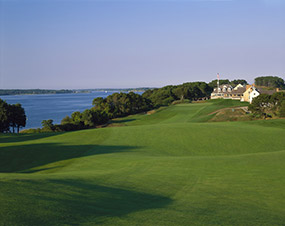 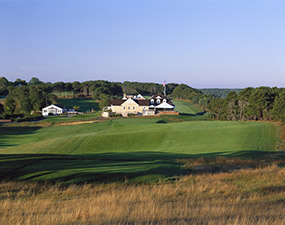 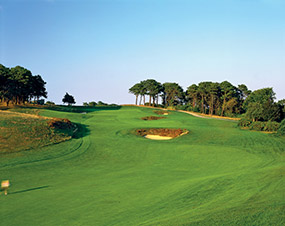 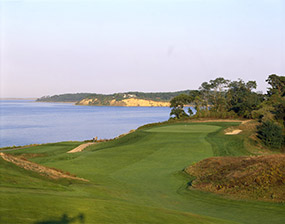