In a sparsely populated area known more for its state forests and beautiful lakes than its world-class golf, lies Michigan’s fascinating Forest Dunes Resort. Originally conceived in the late 1990s, the golf club is built within a secluded woodland and on land that was once owned by William Durant, the founder of General Motors, and later by members of the Detroit Mafia. It was here, during Prohibition in the 1920s, that a criminal organization known as the Purple Gang would unwind, and spend the proceeds of their criminal activities on ranch cottages, runways, horse quarters, shooting ranges and swimming pools. They were even rumored to have used the property to execute some of their rivals. After being seized by authorities investigating tax evasion, the ranch fell into disrepair and some of its old buildings were said to have been inhabited by ghosts.

The back story would prove ominous for the original developers at Forest Dunes, who dreamt of building 1,200 homes, an equestrian center, skiing and fishing facilities around a private Tom Weiskopf and Jay Morrish designed golf course. They finished the course in 2000 but defaulted on a loan to the Carpenter’s Union Pension Fund before a single shot could be played and with only a handful of home sites sold. Without any experience in golf development, the Pension Fund took ownership of the property and opened the golf course for public play in 2002.

Though the foundation years were rocky here, Forest Dunes has established a strong following among the golfing public. The lack of housing around holes has clearly helped, as has superb presentation and a design style more typical of an upscale private golf club. The Weiskopf Morrish layout is noted for its distinct nines, the first cut through an established forest and the more open back nine through natural sand formations. The contrast between each of the nines is stark, but the golf is consistently high quality throughout. Greens sites are generally angled to reward thoughtful play, and contoured to keep both approaching and recovering golfers on their toes.

Better holes on the front side include the long, angled par three 3rd, the risk/reward 6th, with its fairway split diagonally by a bunkered ridge, and the thrilling 8th and 9th holes played into and then across the main lake. Undoubtedly the more memorable side, the inward nine features some of the most daring holes by this design duo, such as the effective split fairway par four 10th and the heavily shaped par three 16th, played across a vast scrubland. The next is a terrific driveable par four with sand galore and endless options of attack, from laying back and leaving a full approach through to trying to squeeze your drive between scruffy waste and formal bunkers and onto the green.

As a destination, Forest Dunes tread water until its 2011 purchase by trucking magnate Lew Thompson. Since owning the facility Thompson has added the reversible Loop course as well as a comfortable lodge, 18-hole putting track and a terrific par three course designed by shapers Keith Rhebb and Riley Johns and opened in 2020.

Michigan is a great golf state, but in some ways it does hurt for a high-quality public access destination, or at least it did until the completion of Forest Dunes. There are few pure-golf facilities anywhere in the Midwest we recommend more, as both ideal for a single night stay or a buddies trip spread over several days.

In Volume 3 of The Confidential Guide to Golf Courses, Tom Doak published that:

“One of the best designs from Weiskopf and Morrish, this course flew under the radar for a few years due to financial problems that delayed its opening, but it is finally on firm footing and beginning to attract national attention for its design as well as its immaculate conditioning. The mixture of wooded holes and sandy, open natural areas is appealing to almost everyone, and the greens contouring shows much more flair than Weiskopf's usual fare, especially at the short par-4 12th and 17th holes.”

The Forest Dunes Golf Club received a score of 7 out of 10 from Tom Doak. 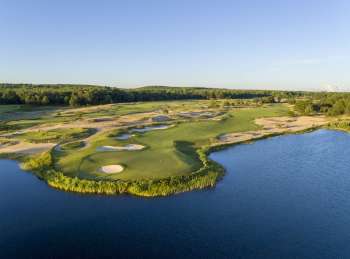 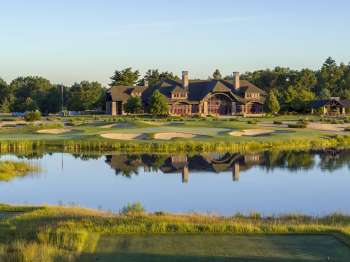