Made famous as host of the 1991 Ryder Cup, the Ocean Course at the Kiawah Island Golf Resort was designed by Pete Dye, who overcame extraordinary obstacles to complete his masterpiece in time for the event. Occupying a narrow two-and-a-half mile slice of land between saltwater marshes and the Atlantic coastline, the layout was built in the aftermath of Hurricane Hugo, which tore apart the site’s coastal dune ridge shortly after construction began. Dye was forced to recreate most of the ridge, but worse he was also forced to forego a large chunk of prime seaside land between the two nines, after a surveyor had mistakenly defined the area as environmentally off-limits. The error was later realized, but the course had already been completed so this land is now used as a driving range.

Arranged in two loops on either side of this large practice area, the Ocean Course runs mostly adjacent to the shoreline but is full of variety and subtle directional shifts. The sea is a constant companion as ten holes touch the beachside dunes while the inland fairways were slightly elevated to allow golfers full view of the ocean as they played. As the wind blows fiercely and equally out of the east and west, the holes were built with great elasticity to allow them to be stretched or shortened according to the day’s conditions. They were also designed with reasonably generous landing zones, great sprawling sandy waste bunkers and large greens, their contours and adjacent chipping areas beautifully tied in with the sweep of the surrounding terrain.

Although the front nine doesn’t quite match the glamour of the later coastal holes, it isn’t far behind. The opening stretch, in particular, is great fun starting with a relatively friendly par four along a waste bunker followed by a beast of a par five that doglegs twice, crosses two marsh areas and features a harrowing plateau green angled across the fairway and pinched between deep bunkers. The 3rd green is even nastier, generally approached with only a short iron it sits atop a steep dune and falls sharply on all sides. Other features of note include strategic fairway bunkering on the 6th and 7th, an elevated but narrowing green on the short 8th, and the contours and collection areas around the putting surface on the excellent par four 9th.

Squeezed between the shoreline and a series of wetland hazards, the back nine winds its way through the most substantial dunes on site and begins with a string of great driving holes that head out to the course’s western boundary. Tempting hazards and superb approach angles are features on the 10th, 11th, 12th and the 13th which plays across and then alongside a tidal canal and requires a brave drive for a decent shot into the open green site. The remaining holes turn and follow the Atlantic dunes back to the clubhouse. The 14th is the standout par three on the course and features a target sitting on a large shelf and sloping toward the rear, while the 15th is a tremendous two-shotter with a gorgeous green site beneath the coastal ridge. The 16th and 18th, which bends around traps toward the sea, are outstanding as well. The only black spot on the inward nine is the 17th, a frightfully difficult all-carry par three across a pond that would fit perfectly within Dye’s other low country courses but is sadly out of place on a beachside track of this quality.

Dye has finetuned the Ocean Course since its opening, adding gullies and tricky contours to a number of greens, reshaping some of the sandy wastelands into formal bunkers and, most significantly, shifting the 18th green alongside the main seaside dunes. There has also been some softening done to ensure resort guests can handle the challenge. Although it isn’t quite the monster that some have made it out to be, especially with a sensible choice of tee markers, there are a couple of areas that remain a little severe on the average player. The coastal practice range and subsequent distance between the two nines are also disappointing by-products of the unfortunate surveyor blunder, but these are really the only complaints of a rare gem that thoroughly deserves its reputation as South Carolina’s premier track. 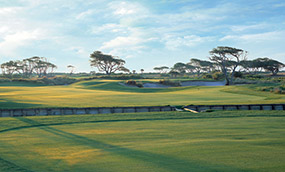 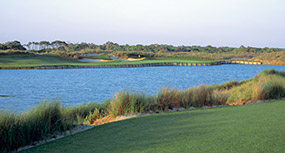 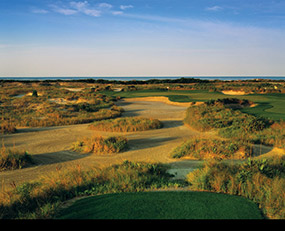