Built along a thin peninsula that protrudes several miles into Buzzards Bay, The Kittansett Club of Massachusetts was established in 1922 and its golf course designed by founding member Frederic Hood. Hood, who apparently consulted with William Flynn on the routing and general design, is the man most responsible for the finished product here as he oversaw construction of the course and then spent 20 years fine-tuning the holes.

Opening and closing along the peninsula’s narrow southern tip, the layout is arranged in a large loop that continually changes direction. Although the virgin land was mostly flat, the site does feature lots of nice bumps and subtle golf undulations as well as large rock deposits that Hood converted into grassy mounds and incorporated into his holes. What gives the course its teeth are the tight fairways, deep bunkers and slightly elevated greens, which are quite small and totally at the mercy of the elements. As on all good links courses, wind is a crucial factor here as it blows hard and can turn short holes into real bears, hazards that are easy to carry in certain conditions needing to be tacked around in other winds.

Starting with a couple of flat but well bunkered par fours, the course’s first standout hole is the magnificent all-carry par three 3rd, which crosses part of the bay and features a pushed-up green buffeted by high seas and encircled by sand. The remainder of the outward nine is solid but unspectacular, and best recommended for its doglegging par fours. By contrast, the back nine is chock full of quality, starting with a gently rising mid-length par four and a long, obscured par three noted for its split-level putting surface, the right portion substantially lower than its upper left tier. Threading your approach through traps into the 12th green is another highlight, particularly for those able to hug the dangerous left side from the tee. The par four finishing holes are also from the top-shelf, the tightly bunkered 18th bending around the entrance road and the 16th with a wonderful uphill approach played onto a small plateau green that only accepts precisely judged running shots. In between is a cracking sub 400-yard hole that often heads into a strong headwind and requires as much as a fairway wood into a tiny, raised target that is crowned to reject anything slightly over-played.

Although the modern Kittansett layout is basically an extended version of the original, hurricane damage and tree encroachment had became such a problem that during the 1990s Gil Hanse was hired to return the course to its linksy origins. Opening up views of the bay, Hanse eliminated hundreds of unwanted trees which helped to recapture lost design elements and improve course conditioning so holes could can play firm and bouncy as intended. Some back tees were also added, but this is not a course that needs much strengthening as its exposure to consistently strong winds ensures that it provides more than enough challenge for most players.

Enjoying scenic outlooks across the water to Cape Cod, Kittansett is a lovely setting for golf and the ever-changing nature of its holes ensure that a round here is constantly engaging. Somewhat reminiscent of a place like Humewood in South Africa, the course isn’t quite in the same league as the best from Britain but it does rest comfortably among the premier seaside layouts in this part of the world. 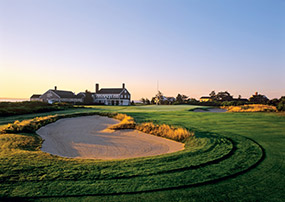 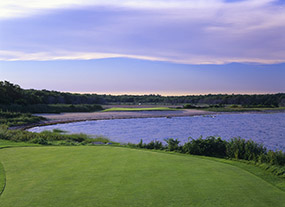