Located at Lajitas Golf Resort, a 27,000-acre resort along the Rio Grande, Black Jack’s Crossing was designed by golf superstar Lanny Wadkins, winner of the 1977 PGA Championship, eight-time member of the US Ryder Cup team (as well as 1995 team captain), and inductee into the World Golf Hall of Fame.

The historic Lajitas Trading Post (ca. 1800's), having survived the battles of Pershing, serves as the Pro Shop and Longhorn Museum. The Trading Post (now used as Black Jack's Crossing Clubhouse) is a remnant from the early Texas Frontier where cowboys and miners bartered for supplies and drank whiskey. 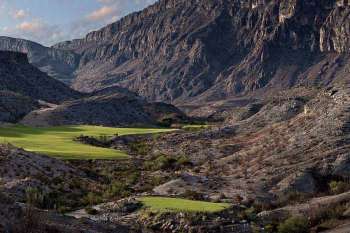