The golf course occupies a 580-parcel of land, and was built on an enormous scale and with around two million cubic yards of material moved to create the playing corridors. The 7,200 yard course has almost 84 acres of maintained turf through the green, with close to four acres of bunkers and nearly 277,000 square feet (6.35 acres) of green surface. Four of the greens are over 25,000 square feet, including the seventeenth, a tribute to Alister McKenzie’s legendary ‘Sitwell Park’ green, which measures a whopping 30,340 square feet. For comparison, the enormous double green for the fifth and thirteenth holes on the Old course at St Andrews measures 37,000 square feet.

Landmand was developed by the Andersen family, who have farmed the surrounding land for four generations. Landmand (the closing ‘d’ is silent) is named after the word for farmer in Danish, reflecting the family’s Scandinavian origins.

The Andersen family already owns the nearby nine-hole Old Dane course, which it built in 2012. The initial contact with Rob Collins and Tad King came about with thoughts to renovate Old Dane, but the project became more ambitious after King and Collins visited Nebraska and viewed several parcels of land, but were captivated by a site in the Loess Hill, above the surrounding farmland, cleared of trees in the 1970s but essentially left fallow for more than twenty years.

We look forward to a full review of this course on Planet Golf in the near future. 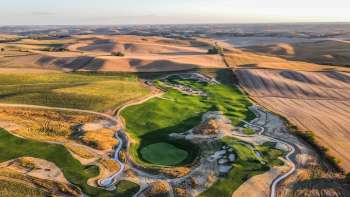 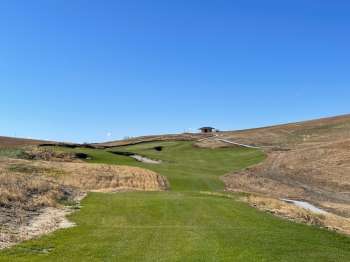 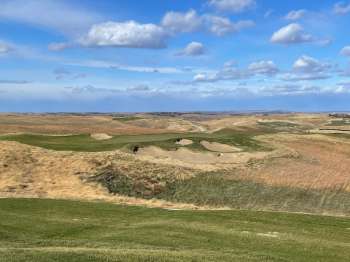