Part of a 500-acre development in Hobe Sound, Florida, the McArthur Golf Club opened in 2002 and was deigned by Tom Fazio in collaboration with champion Zimbabwean golfer, and founding member, Nick Price. The course occupies a reasonably attractive and secluded property that didn’t have as much undulation as the nearby Jupiter Hills but was similarly blessed with enough sand to create an eye-catching and immaculately maintained golf facility.

The design team moved around a million cubic yards of the sand during construction, mostly while constructing lakes and authentic wetland areas that are well integrated into the design. Price clearly had a hand in the actual design here, as the targets are full of clever side wings, interesting chipping areas and challenging frontal ridges or false fronts. The internal green shapes are also quite radical, and unlike typical Fazio targets with backstops, tiers and multiple humps used through the surface to chase balls into tight pins or push poorer struck balls away to trouble. Although some will find these greens over-the-top, they are the most redeeming feature here and help rescue the less impressive holes from being mundane. They also elevate good holes, and make the course an intriguing battle of both your ball striking and recovery-shot ability.

Better parts of McArthur include the gorgeous short 3rd, the large bumps through the left half of the par five 5th green, the steeply tiered 9th green and the demanding par four 11th, along a lake and into a green with a substantial backstop. The closing run is also good, the reachable par five 15th and rolling 16th are both strong holes, while the 18th is a fierce two-shotter played along a lake and with a dangerous target pressed against the water and angled toward the danger.

Florida isn’t a great golf state in the sense that New York, California, Massachusetts and Pennsylvania are, but it does have some good courses. While McArthur is clearly a rung below the state’s best course, Seminole, it does rests comfortably alongside those nestled on the next level, courses like World Woods, Jupiter Hills, Calusa Pines and Medalist. 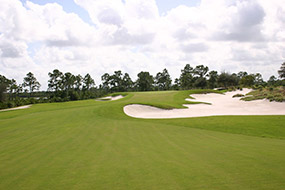 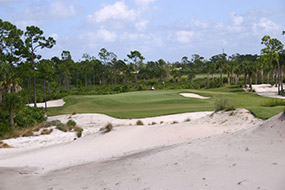 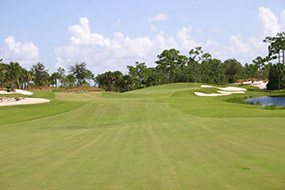