From humble beginnings on a six-hole course on the East Side of Milwaukee, the Milwaukee Country Club developed into the state’s most prestigious private club when it moved to its present home north of the city in 1910. Set on the upper Milwaukee River, its first 18-hole layout was designed primarily by committee members but was redesigned by Walter Travis when an additional 77 acres of land was purchased. Opening in 1926, the Travis course was not well received, and incredibly the very next year Charles Alison was employed to build it again.

Alison convinced the club to acquire an additional 10-acre parcel of land beyond the river, which enabled him to devise an entirely new routing. Noted for its flowing doglegs and strategic greens and bunkers, the new layout was an instant hit and extended across, and briefly along, the Milwaukee River. Better holes include those on the back nine around the river, the one-shot 8th, with its small pushed-up target surrounded by sand, and the driveable par four 9th, played uphill toward a brilliant green built on a ledge with a cruel false front. The closing set is also very strong, the 16th is a great par four that heads over a slight crest and then into a green cleverly bunkered to deceive approaching golfers. The 18th is an outstanding uphill finishing hole, which features a tiered target that is not visible if you drive too safely down the right side.

Alison’s design at Milwaukee remained largely intact until Robert Trent Jones lengthened the course and removed a number of his fairway bunkers during a 1974 modification program. He also rebuilt the cross-river par three 12th. Arthur Hills later redesigned the 3rd and 14th holes, but the club is currently working on a program to return much of the course back to how Alison had intended. There is no doubt that properly restored this course would improve greatly, although even fully reconditioned it remains a class below Alison’s best efforts overseas. 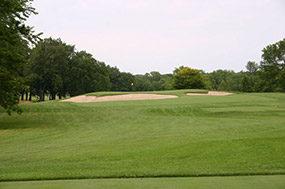 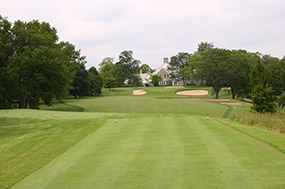 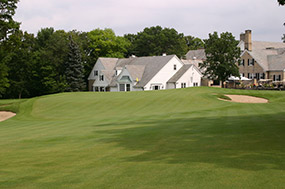