Among the hundred oldest golf clubs in America, the Ridgewood Country Club was founded in 1890 but relocated from the village of Ridgewood to its present home in the neighboring New Jersey borough of Paramus during the 1920s. Following his acclaimed work for nearby clubs like Baltusrol, Winged Foot and Quaker Ridge, legendary architect A.W. Tillinghast was hired to build a 27-hole course that opened for play in 1929.

Like its more celebrated cousins, the current Ridgewood layout is longer and more densely treed than was intended but still exudes a genuine old-fashioned charm. The strength of the club is the consistency of its three nines. Magazines regularly nominate the East/West Course as the standout combination but there are as many good holes through the Center nine as there are on either side. What makes the holes work are Tillinghast’s clever greens and stylish bunkers, which are consistently outstanding across the entire property. Bold and irregularly shaped, the greenside bunkers generally hug both sides of the putting surface tightly and are complimented by the strategic use of cross bunkers and longer, protruding traps that complicate the running approach shot.

It can be hard to nominate a favorite side here, as all three at some point head along the property’s central hill and the holes are easily interchangeable with each other. About the only area that really stands out as uncomfortably cramped is the section nearest the clubhouse. The West actually starts and finishes with holes so narrow that driver is only an option for those who can hit darts with Fred Funk-like accuracy. Out among the more spacious regions, better moments include the wonderfully bunkered entrance into the 2nd green and the elevated target on the par four 5th, its vast putting surface leaning sharply forward and protected by traps cut into a frontal ridge.

Aside from trees pinching the landing zone at the attractive par four 9th, the East nine feels more open with the holes through the middle portion of the course blessed with plenty of great ground movement. The uphill approach into the 5th green and the bunkering on long par three 6th are particularly impressive. As are the Center nine holes also routed around this central ridge. The most notorious hole in this area is the drivable par four 6th, which starts on the flat and rises across deep traps into a tight, pimple green built on a small hillside shelf. The par threes are also very good while the long two-shot 3rd is another exceptional hole that first falls to the left and then rises towards its grand-scale target.

Despite housing some of Tillinghast’s finest greens and bunkers, Ridgewood is perhaps a little too confined and heavily wooded to take full advantage of all the natural contours on the site. Had the club been able to give its architect some extra acreage, or perhaps built fewer holes, their course would have been truly amazing. As it stands this is still one of New Jersey’s most interesting layouts, and one that is sure to be a huge hit for all fans of the Tillinghast style of design. 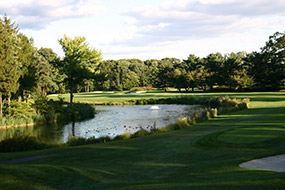 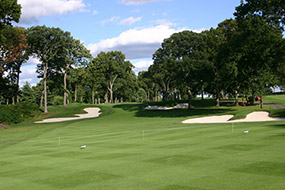 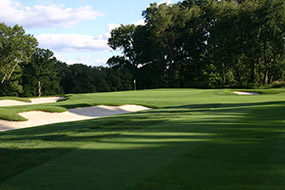 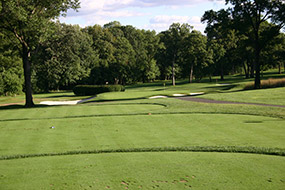 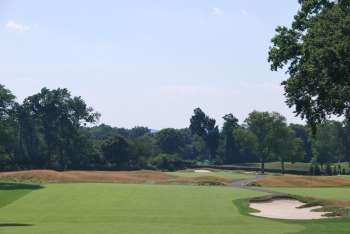 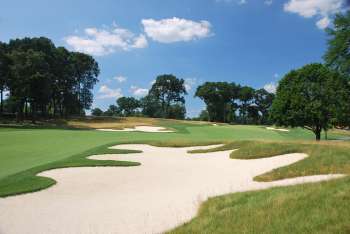 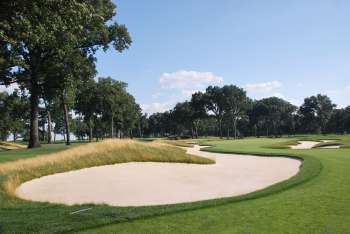