A landmark American classic, the Seminole Golf Club was formed during the late 1920s and its golf course designed by Donald Ross in the prime of his extraordinary career. Set beside the Atlantic, the land allocated to Ross for this course was unique for this part of Florida, as it featured a small dune ridge separating the holes from the sea as well as a larger 40-foot ridge running almost parallel through the western part of the property. The ground between is unremarkable, yet Ross cleverly arranged his holes so that as many as possible could take advantage of the main sand structures. A number of flat fairways head up into elevated ledges, while other holes plunge down from sandy peaks, skirt along the top of crests or are arranged around the edge of the dunes.

Ross spent a great deal of time on site here, and his routing system not only exploits the natural terrain but also the ever-present coastal winds by continually altering the direction of play. Like at Pinehurst, the greens are the course’s primary defense, and most are steeply angled and generally narrower toward the rear, meaning the farther the pin is pushed, the tighter the actual target area becomes. The bunkering is another key feature: The fairway traps tend to be quite shallow, but the flashed-up greenside bunkers are deep and punishing.

Although Seminole appears short by today’s standards, the combination of continually shifting winds and brilliantly conceived putting areas ensures that birdie chances are rare for those not striking precise irons. Each of the nines begins on flat ground before heading into the western dunes, standout early holes including the rising par four 2nd and the magnificently bunkered 4th, which traverses the crest of the ridge and crosses a series of deep traps strategically positioned short of its putting surface. Even more outstanding is the mid-length 6th, which measures less than 400 yards from the tips and has both a generous fairway and a large green. What makes this hole such a work of genius is the angle of the green and the gentle left-to-right slant of the landing zone; any drive pushed too safely away from left-hand fairway bunkers leaves a nasty approach across diagonal traps and into the shallowest part of the target.

The inward nine has more obvious showstoppers as it skips between the ridges and ends along the beachside dunes. Highlights include uphill approach shots into the steep 11th and 14th greens, the strategically bunkered 16th and the precise all-carry pitch into the par four 12th, which is surrounded by sand and noted for its tiny pinable areas. The par threes are also first class, particularly the crosswind 17th, while the 18th is a finishing four of the highest order, its fairway following the beach and its narrow green leaning sharply toward a deep right bunker.

Like many clubs of this vintage, Seminole has suffered extended periods of neglect, most notably during and after World War II. In the 1960s, Dick Wilson was hired to repair some of this damage and in more recent times Bill Coore and Ben Crenshaw have been engaged to restore some of the lost Ross features, remove excess vegetation and return areas of natural sand between the holes. Without moving many driving bunkers or adding copious back tees, the club has done remarkably well over the years to somehow ensure their layout has retained both its classical appeal as well as its modern golfing relevance. 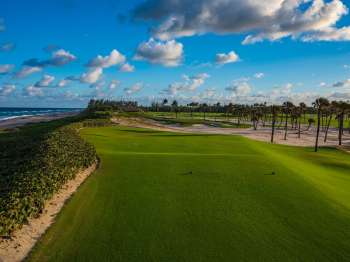 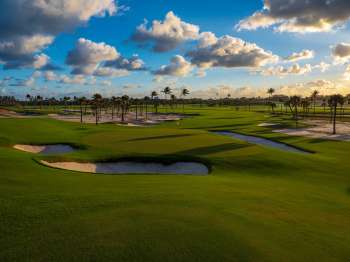 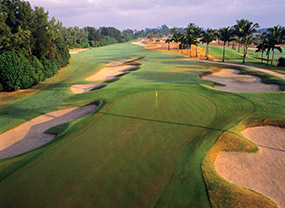 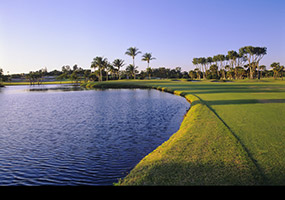