‘Just as Tiger Woods has raised the standard at which professional golf is played, so Shadow Creek raised the bar on the golf course design industry. It was viewed as a modern-day wonder and created higher budgets and higher standards for all new courses since it opened.’ Tom Fazio

Carved from the flat desert plains of Southern Nevada, Shadow Creek was the by-product of extraordinary vision coupled with extraordinary wealth and its completion in 1989 was a milestone for modern golf architecture. The course was the brainchild of casino magnate Steve Wynn, who purchased a flat patch of desert in North Las Vegas and employed Tom Fazio to create a luxurious golfing oasis for his high-end resort guests. Wynn spared no expense during construction, allowing Fazio’s team to plant more than 20,000 trees, move 3 million cubic yards of earth and spend around $50 million creating what is recognized today as one of the premier manufactured golf courses in the country.

Despite inhospitable surroundings, Shadow Creek glistens like a precious stone and is able to seamlessly transport its visitors into what feels like a logical golf environment. The attention to detail here is truly astonishing. Although Fazio was blessed with a near unlimited budget, he still had to create the landforms and he gets credit for building authentic hills, ridges and valleys and for skilfully sculpting creeks, ponds and lakes that meander so naturally they look to be part of an ancient landscape. His ability to tie the shaping and golf features together in such a believable and enjoyable manner is one of the chief reasons the layout feels so organic. Adding to the illusion, mature pines were planted around the entire perimeter of the 310-acre property, to screen golfers from the outside world. They were also heavily planted within the interior, with each of the holes enclosed by trees and isolated from the rest of the course.

The layout itself has nice balance and flow, with a mix of heroic and strategic holes, interesting green complexes, appealing bunker shapes and enough general variety to keep most players satisfied. Despite the entire property being artificial, nothing really feels forced or manufactured here, as the contours, trees and hazards all look natural to the eye and seem to fit snugly within the design. Water features prominently throughout the round, as do the distant mountain peaks with a number of shots aligned toward these imposing structures.

Not surprisingly, the most memorable holes at Shadow Creek tend to be those that incorporate the water, starting with the opening hole, an attractive par four that bends gently around a trickling stream. Like several others, its open target leans strategically toward the stream and favors those able to drive aggressively from the tee. The 9th and 15th are other fine par fours played along a creek, the latter with a wandering ditch that cuts in front of the green and forces tee shots closer to the hazard. Another fun hole is the dangerous par five 4th, this time bending around a large lake and heading toward a narrow green that seems able to lure bold players into attempting a daring approach.

The standout holes, however, come at the close, with the 17th and 18th blessed with great beauty and the promise of plenty of drama. Immediately following the longest hole on the course, the 17th is the shortest and a classic penultimate par three that features a small peninsula green framed by a sparkling waterfall cascading across rocks and feeding a lake that encircles the putting surface. The 18th is then an appropriately dramatic gambling hole, played from an elevated ridge it runs along a series of pools that flow down the right side of the fairway and finally cut across the front of its small green. For those playing the hole conventionally, it is a fun closer with a cool cross-pond pitch, while for courageous golfers looking at a home-hole highlight the chance to end their day with an eagle putt is extremely tempting.

The creation of Shadow Creek reset the benchmarks for modern manufactured golf, and it seemed to encourage other developers to throw vast amounts of money at projects in the hope of emulating its success. Large budgets alone, however, can only guarantee expensive golf courses; they provide no assurance at all of quality. Without the assistance of more fertile golfing terrain, the reality is that very few courses built on such barren land will ever match what Steve Wynn and Tom Fazio achieved at Shadow Creek. 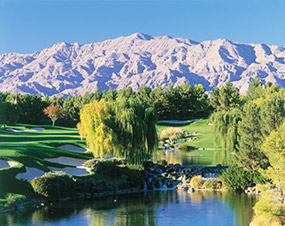 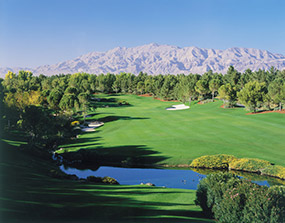 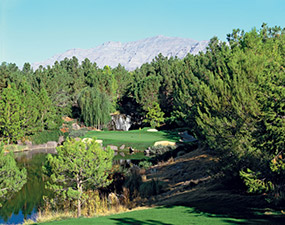