Founded by a group of successful Tulsa businessman amidst the gloom of the Great Depression, the Southern Hills Country Club was built on land owned by oilman Waite Phillips, who donated his 300-acre property to the club on the provision that his friend, Perry Maxwell, design the golf course. Maxwell, one of the most accomplished architects of the Golden Age, is said to have totally immersed himself in this project, even living in a tent on site during much of the two-year construction phase.

His layout is predominantly routed across the property’s lower ground, with the clubhouse and tees on the 1st and 10th set atop a large ridge overlooking the holes below. Aside from some gentle rise and fall the only substantial elevation is back up this main ridge into the 4th, 9th and 18th greens, which are among a group of targets renowned for their difficulty. Generally angled steeply from back-to-front, the putting surfaces are guarded by deep traps and particularly cruel on those leaving their balls above the hole. Although the greens are consistently menacing, driving accurately is the key to scoring well here as rough and trees ensure that most missed fairways result in at least a bogey. The trees have unfortunately grown so much over the years that fairway target zones have shrunk substantially, meaning strategic approach shot angles are no longer as relevant as Maxwell would have intended.

Setting the tone for the challenge ahead, the round begins with a difficult stretch of narrow par fours. The opening tee shot plunges more than 50 feet and needs to find the short grass for any chance at par, while both the 2nd and 3rd are cut by a creek and especially severe on those who take a few holes to warm up. The rest of the front nine is rock solid, but the best golf at Southern Hills comes mostly through the back half. Featuring more of the interesting ground movement, it begins with a mid-length hole that falls and bends sharply around the main ridge before rising up through trees into a tightly bunkered target. An excellent short hole at the 11th is followed by a bruising par four that demands an accurate drive and then a side-hill second shot toward a built-up green that is set beyond and beside a winding creek. The 15th and 17th are also strong par fours, each has wonderfully angled targets and would be even more outstanding with some width off the tee. As would the brutal closing hole, which rises steeply from a tight fairway toward a back-to-front green protected by deep bunkers.

Southern Hills is a fantastic establishment with terrific amenities and a strong championship history. The course itself is probably a little too demanding for the average golfer, especially as the trees intrude so far into play now that out-of-position recovery options are generally limited to a punch-out shot. The oppressive nature of the Tulsa summer humidity also makes it tough to keep the grass firm and keen, which along with intruding limbs takes ground options further out of the equation, and probably makes the lush holes feel less varied than they really are. 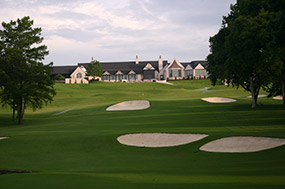 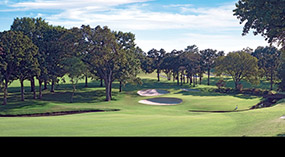