Designed by Robert Trent Jones at the height of his prolific career, Spyglass Hill was the vision of Pebble Beach founder Samuel Morse, who had long planned for a series of golf courses along his spectacular Monterey coastline. Sandwiched strategically between Cypress Point and the Monterey Peninsula Country Club, the land he made available to Jones for Spyglass Hill was a combination of untouched coastal dunes and forested high ground two miles north-east of Pebble Beach.

Deriving its name from a hill in Robert Louis Stevenson’s landmark novel ‘Treasure Island’, the course opened in 1966 and was designed from the outset to be a long, demanding test of golf’s premier players. Rather than ducking in and out of the coastal dunes, Jones preferred to introduce golfers immediately to the sea and then finish with an extended stretch of holes through the Del Monte forest. These forested holes tend to play much longer than the opening loop as the ground always seems damper and many of the approach shots are played uphill or into large plateau greens.

The course dramatically opens by diving into the pristine sandhills, starting with a fearsome par five that turns through a chute of pines before tumbling down and toward the Pacific. The next few holes are cut among the sand and ice plant. Par threes at the 3rd and 5th boast fun tee shots and superb ocean outlooks, while the 4th is a legendary mid-length par four that bends around a vast sandy scrub toward an anorexic green squeezed obliquely between small dunes. This was apparently one of Jones’ favorite holes, and he gives golfers the option of either laying back and leaving a full wedge over the frontal mound or trying to hit their ball aggressively farther up the fairway and then pitching through the saddle.

From the 6th tee play turns inland, away from the surf and onto a continuous stretch of holes through the pines that are strong and difficult but a lot less memorable than the stunners preceding them. This total change of character is the most obvious sore point with Spyglass Hill, along with the fact that the green complexes and driving challenges of these wooded holes at times becomes a little monotonous. Many of the targets are pushed-up, with most having sharp contours and bold flanking bunkers. Approach shots from the fairway are manageable but stray off the tee and bogey quickly becomes a decent score. The steeply uphill 8th and long 16th, which bends around a central pine, are particularly harsh on inaccurate play.

One of the hardest courses in California, Spyglass Hill is rightly renowned for Jones’ early holes, although those within the trees are still full of quality and are probably better than many first realize. It may struggle when compared directly with neighbors like Cypress Point and Pebble Beach, but this layout is one of the best from its iconic architect and is well worth including in any Monterey Peninsula golf itinerary. 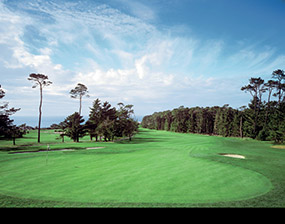 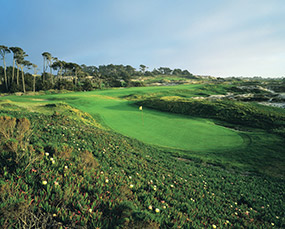 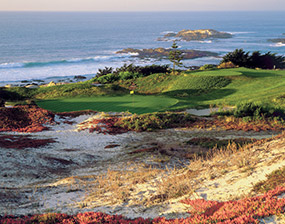