The story of the Sutton Bay Club in South Dakota is quite remarkable. Founded in 2003 as an exclusive hunting, fishing and golfing club, the development occupies an isolated cattle ranch more than 40 miles north of the state capital, Pierre. Its first course was built on stunning glacial bluffs that overlook Lake Oahe, a vast body of water that was formed when the Missouri River was dammed during the 1960s. Course architect was Australian Graham Marsh, who set his holes down in a basin and across a series of apparently endless dunes that tumbled toward the shoreline.

The original design was well received, but a few years after opening the holes started slipping down a shale ledge toward the lake. The club was losing its course. They needed to act, and decided to get Marsh back and to build a completely new course atop an adjacent canyon rim. His second Sutton Bay creation opened in 2013, ten years after the first.

While the original course interacted more directly with the water, apart from the short 5th and 17th holes, the views now are more peripheral and less dramatic. The golf, though, has its compensating strengths. For a start, the outlooks are somehow more impactful now, because they are less frequent and less expected. The routing also flows better from green to tee. The old course really felt like 18 signature holes connected by cart paths.

In terms of design, the land for the second course was rather featureless so Marsh loaded his holes with all sorts of faux-dunes, buried elephants, lumps, humps and major undulations. Much of the shaping was done to obscure distant greens or to confuse the approaching golfer. Some of the shapes work better for golf than others. The bumps and hollows on opening hole, for example, are more effective visually and strategically than on the next couple of fairways. Same on the back nine, where you have split fairway holes like the 12th, that work very well, and others, like the 14th with redundant areas of fairway, that are less effective. The 14th does have an excellent green site, as does the 12th and the almost driveable 11th, one unnecessary central bunker away from being outstanding.

Despite genuine quality away from the edge of the canyon, without doubt the highlight holes are those with the unobscured outlooks. Both the 5th and 7th feature beautiful lake views, as does the par five 18th, particularly for those bailing to the high side and then staring straight at the water for their third shot.

Although comparisons with remote cousins like Sand Hills and Ballyneal seem inevitable, Sutton Bay is an entirely different creature altogether. For a start the site is not sand-based and the dunes are now manufactured. Secondly, the club itself has an equally strong focus away from the golf. This part of South Dakota is famous for its pheasant hunting and great fishing, and the offerings for members here are unrivalled in the private club market. With the loss of its first course, and the sad death a few years later of founder and CEO Mark Amundson, Sutton Bay has endured its share of hardships. One hopes that with the new course on much more stable footing, and the amenity improving every single year, that blue skies are ahead for this fine club. 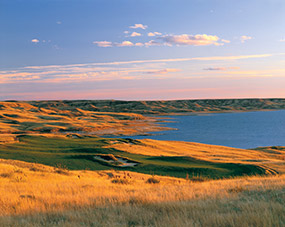 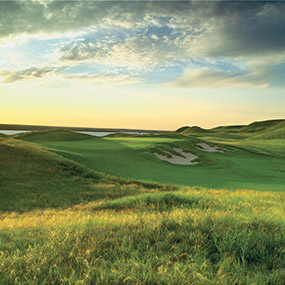 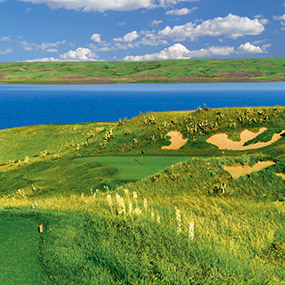 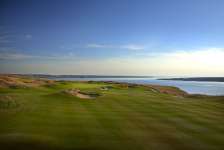 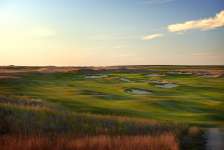 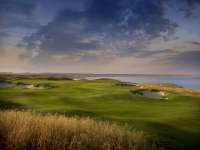