Developed by Greg Norman and originally designed in collaboration with Pete Dye, Medalist has become Norman’s pet project and he has continued to tweak the layout over the years to the point where today’s track is probably best described as by Norman alone.  Most of his changes have involved softening some of the more extreme design features of the original layout, some critics suggesting in the process he has made the course more playable and fair but robbed it of personality and charm.

On the positive side the general design ideals employed here are very sound, holes are mostly strategic and the greens are often angled toward preferred approach lines and typically pinched at the front or bunkered along the flanks to tighten the landing area. Most are open to a well-struck chasing approach, however, and also feature plenty of interesting chipping areas and short game dilemmas.

The front side is wider and flatter than a more impressive back nine that houses most of the Medalist’s better holes. These include the mid-length 10th, which bends around a hazard toward a green strategically arranged to be approached from near the trouble, and two short par fours at the 11th and 14th which feature drivable greens that become nasty targets for those too conservative from the tee. The 14th green is miniscule and would be a super hole if it weren’t so severe for the average golfer.

Given this is Norman’s flagship design, some of the bunkers and holes are strangely bland, and the orientation of greens tends to get a little repetitive. That’s not to suggest this isn’t a good course, it is, but it’s a long way from the most outstanding layouts crafted by Norman’s Australian design team.

Medalist Golf Club, a private club in Hobe Sound, Fla., which was redesigned in 2015 by Bobby Weed Golf Design, now ranks #11 on the 2017-18 Golf Digest list of Best Golf Courses in Florida. Medalist, originally designed in 1995 by Pete Dye and Greg Norman, was the 25th-best venue in Golf Digest’s 2015-16 list of Best Golf Courses in Florida. This jump represents the largest rise of any golf course in the Florida Golf Digest rankings ever.
“The golf course at Medalist achieved significant early prominence, but lost its luster as its original features were softened and changed,” said Bobby Weed. “Our challenge was to restore and improve upon the layout for the benefit of its members, guests and the many PGA Tour players who call the course home.
“Its rise in the Golf Digest list of Best Florida Courses reflects the attributes of the comprehensive, sympathetic renovation, adding length, returning stacked sod walls to the bunkers and bringing back the original low-profile style of the green complexes.”
The renovation resulted in a 7,571-yard layout with a slope of 155 and a course rating of 77.9, making it one of the sternest tests of golf in the country. Besides a prominent membership, many former and current PGA Tour and LPGA Tour players are members of Medalist Golf Club, utilizing the well-conditioned 18-hole par-72 golf course as their practice facility and training ground to further hone their skills. 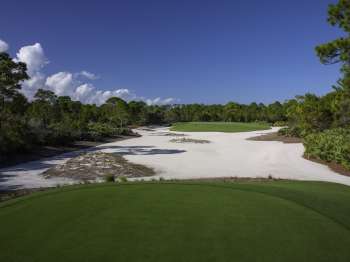 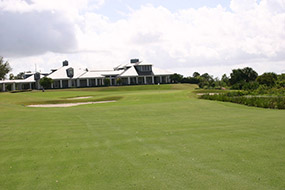 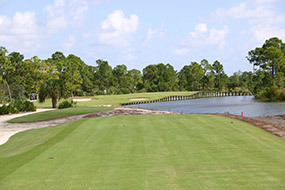 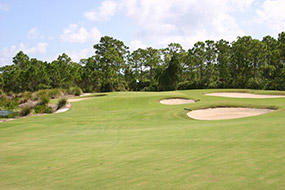