Considered the nation's oldest athletic organization, San Francisco’s Olympic Club was founded in 1860 and moved into golf following World War I, with the purchase of a struggling country club in nearby Daly City. Sandwiched between the Pacific Ocean and Lake Merced, the golf property was large enough for the creation of two courses, both initially designed by Willie Watson but in 1927 completely redesigned and rebuilt by course superintendent Sam Whiting.

The club’s centerpiece is the Lake Course, a notorious championship venue built beneath its elevated clubhouse on a steep hillside that leans down toward the lake. Given the difficult nature of the terrain here, the routing was crucial with Whiting mostly staggering his holes across the heavy slopes, rather than heading up and down them. From the outset the layout was intended to test the game’s best players, its fairways planted with thousands of pine, cypress and cedar trees that now crowd the once sparse landscape and make this one of the tightest driving courses imaginable. Approach play is equally severe as the greens are small and quick, often slightly raised they are generally tilted sharply forward and flanked by deep bunkers.

The par five opening hole sets the tone for the round; it bends to the right with trees and thick rough ready to punish anyone straying offline. More impressive is the sideslope approach up into the steep 2nd green and the long, downhill par three 3rd with its fast target surrounded by nasty traps. The 4th and 5th are then real brutes, each bending one way around trees but with fairways that slant in the opposite direction and force you to either shape your ball from the tee or hit your second from a long way back. There is a similarly torturous stretch of demanding 400-yard plus par fours around the turn, these holes straighter slogs but with trees and rough again waiting to catch anyone not precise enough with their driver. The closing run is equally stiff, ending with the club’s most recognized hole, the short par four 18th, which is memorable for a treacherous uphill approach played into a tiny green cut into the hillside and angled cruelly to the front.

Although little structural change has occurred since it opened, Robert Trent Jones did lengthen several holes prior to the club’s first US Open in 1955, as well as adding the track’s one and only fairway bunker. Further strengthening and modification has continued to take place between subsequent championships, including the softening of the putting contours on the 18th green following the controversial US Open of 1998.

With plenty of room, tricky green sites and narrow fairways protected by trees and dense ryegrass, the Lake Course at the Olympic Club remains an attractive location for event organizers, particularly given its proximity to the city. In truth, however, the course lacks outstanding holes and its fairway corridors are really too narrow for great golf. In many ways this is an American equivalent to a place like Royal Troon, which is far from the best course in Scotland but unquestionably one of its most suitable tournament venues, especially for those who like to watch the game’s champion professionals suffer. 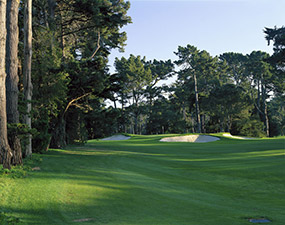 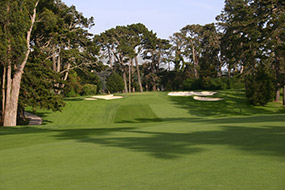