The Valley Club of Montecito

Squeezed between the Pacific Ocean and the Santa Ynez Mountains, the Valley Club of Montecito was opened for play in 1929 and is located on the outskirts of the well-heeled Montecito community, east of Santa Barbara. Designed by Dr. Alister MacKenzie and built by his partner Robert Hunter, this charming course features all of the guile and ingenuity one would expect of such a design team, though on a softer, more subtle scale than some of their more noted creations.

The strength of the course is the sensible location of hazards and the ability of the designers to route interesting holes across the diverse landscape. Green and bunker shapes are slightly less extravagant than on a course like Pasatiempo, yet the design is similarly centered on sophisticated golf holes that all players can handle but the scratch golfer can only conquer with strategic play. The artistic Sandbelt-style bunkering is outstanding, while the greens, which are generally smaller than others by MacKenzie, blend naturally into their surroundings and are full of contours and sharp angles.

The round begins with a pair of short par fives which, like the majority of holes here, can be deceptively difficult, particularly for those leaving their ball above the flag or missing approach shots on the near side. From the 3rd, the course moves across a road and into an undulating basin area that features an established forest of sycamore, oak and pine trees as well as a barranca and a small, twisting creek. This section is noted for some excellent bending par fours and a brilliant set of par threes, none of which are particularly long. The downhill 4th, for instance, is generally only a short-iron, but the narrow green is small, surrounded by sand and full of bedeviling breaks.

Even more dramatic are the 8th and 11th, both beautiful one-shotters that feature tight greens which are angled across the tee and squeezed between spectacular bunkers. The approach into the 9th and a small, slippery green on the short par five 10th are also noteworthy. As are formidable traps around the 3rd, 6th and 13th greens and the cross-ravine par three 14th, which leads golfers back to an expansive closing stretch that is steeper and more difficult than it first appears.

As with many courses from this era, the Valley Club had lost some of its character and style over the decades, but pleasingly an early 2000s program undertaken by Jim Urbina and Tom Doak helped restored the integrity and quality of the initial design. Aside from returning MacKenzie’s greens and irregular bunker shapes back to their original proportions, the team also reduced areas of rough grass and reinstated closely mown fringes around the putting surfaces. Unfortunately, the course was badly damaged during deadly mudslides that hit Montecito in 2018 and closed for much of the year while recovery works were undertaken.

On the back of this work and the earlier design restoration, the Valley Club members are golfing once more on one of the best-preserved MacKenzie layouts to be found anywhere in America. Unfortunately the club is extremely private, but for those able to make it through the gates the experience is something quite special. 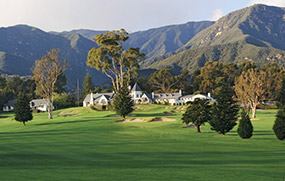 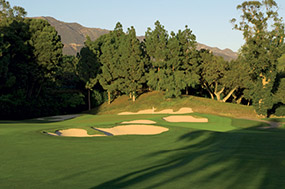