Designed by Greg Norman and part of the 1,200 Sugarloaf Country Cub estate, the 27-hole TPC Sugarloaf golf course in Duluth, Georgia opened in 1997 and for several years played host to the BellSouth Classic on the PGA Tour. The Championship course here is made up of the Stables and Meadows nines, which were the first designed by Norman anywhere in the USA. He later added a third nine, the Pines, which opened in 1999.

Sugarloaf has a solid reputation in American golf, thanks to its impressive conditioning and the fact that several PGA Tour stars won its now-defunct professional event. The setting is also very attractive, with the holes cut through tall stands of pine trees and across a number of rolling hills and streams. Whilst one dares not compare a residential golf course like this with a private establishment like Augusta National, the tall pines, slick greens and lush conditioning help engender a feeling of quality to many who visit here.

For those more interested in the substance than the style, Sugarloaf has both a number of strong points as well as major weaknesses. A number of the green surfaces are well shaped and positioned to reward strategic driving from the tee, but equally a number are shallow for the sake of being shallow or narrow for the sake of being narrow or wedged uncomfortably between converging hills. In places it feels like the designer battled with the need to add difficulty to its broader areas whilst also making his naturally unforgiving areas more playable. As a result there are some over-bunkered expansive areas mixed with tight and under-designed tree-lined valleys.

The contrast between the undulating Stables nine and the openness of the early Meadows holes is a little awkward, and really it’s the undulating but generously proportioned holes on both nines that have the most appeal. The use of a wandering creek on the Stables 4th, 5th and 9th holes is fairly effective, and again on the Meadows Course the integration of the main lake into both its par three 2nd and longer dogleg 3rd hole is reasonably well done. Our favourite hole, however, is the uphill Meadow 4th, which isn’t a great short par four but does have lots of sand and an interesting elevated front to back falling green site.

TPC Sugarloaf has a great reputation in America, and was a course we expected to really enjoy given the nature of the site and the principals involved. This isn’t a poor course by any stretch, but architecturally it doesn’t reach any great heights. Like lots of courses in the Atlanta area, those golfers who have seen Augusta National in person are less likely to fall for its ‘Augusta-like’ charms. 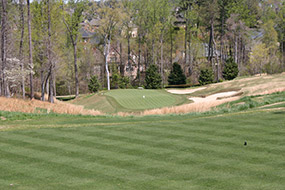 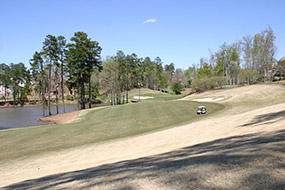 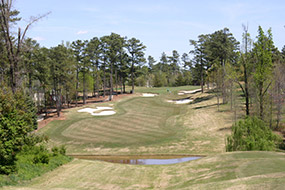 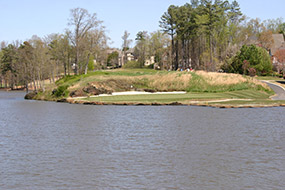