Built for students and staff at the University of Notre Dame, and as the home course of the Men's and Women's varsity golf teams, the William K. and Natalie O. Warren Course, abbreviated simply to Warren, was named in honor of the parents of the benefactor who funded its creation, 1956 alumnus Bill Warren Jr. A lifelong golfer, Warren wanted to provide the famous Catholic college with the gift of golf, and not only funded the construction of the course but also the acquisition of a perfect 250-acre woodland immediately north of the campus grounds.

Designed by Bill Coore and Ben Crenshaw, the Warren Course is an old fashioned, subtle layout that lends itself easily to repeat play and is able to both challenge the NCAA-caliber golfer whilst also fostering a curiosity in the game from students tiptoeing for the first time. Though it borders a busy toll road, the preservation of wooded areas and the use of a naturally meandering creek through the property give the holes an appealing sense of tranquility. Then there is the design. Typically strategic, the Coore and Crenshaw work is notable for its charming understatement and that hard-to-replicate sense of appearing so natural as to having been built with virtually no manmade shaping, which was certainly not the case.

Cleverly, the routing has great versatility with four groups of holes looping out and back from the central hub. On each nine the golfer is able to choose a six or three hole loop that starts and ends near the clubhouse, making it ideal for time-poor students or those honing their game in the teaching areas and only wanting to play a few holes. Very much a second shot course for good players, the best holes are those that demand you play the angles from the tee. The 18th is a great example, where players need to flirt with a hazard down the left side for an optimum view of the green. The greens are mostly small to medium in size and generally angled forward with clever internal breaks and burrows. As a set they are somewhat reminiscent of the brilliant targets at Austin Golf Club, which are also set down on the ground and difficult to master if not precise with your ball striking.

Among the many highlights of the Warren Course are the par threes. The first two are shorter and more heavily bunkered than the longer holes on the back nine, which play beautifully through sand to green sites with chase-in approach areas. The 14th is an especially lovely, but dangerous, 200-yarder. Other standouts include the tough second shot into the 2nd hole and the cross-valley drive and tight approach into the 8th green. The closing sequence is also excellent, particularly the short four, short five combination at the 16th and 17th holes, each tempting with the prospect of a birdie but dangerous and more than capable of spoiling the careless golfers scorecard.

The Warren Course hosted the USGA Senior Men’s Open Championship in 2019, and in advance of that tournament some minor changes were made to the 17th green as well as to a number of fairway bunkers. Again it was Mr. Warren who provided the endowment necessary to not only secure the event, but also make the modifications required to ensure it was successful. Though far from the most attractive or exciting course that Coore and Crenshaw have created, this is top shelf design and a fun, inexpensive test that Notre Dame students are sure to enjoy for many decades to come. 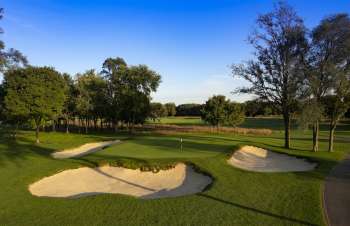 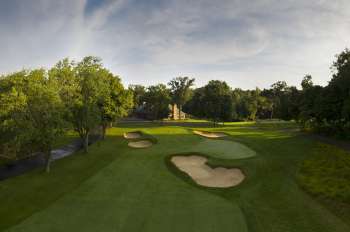 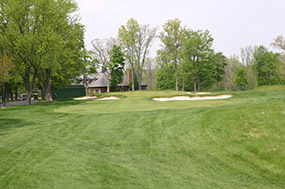 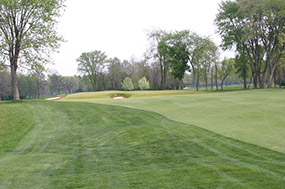 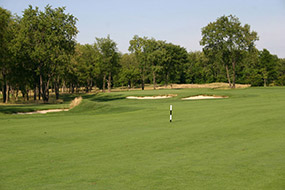 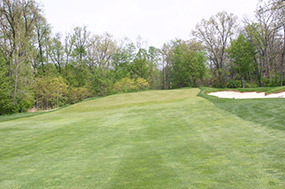