‘Pete Dye has always made the most of the glorious possibilities that the land affords. He is nature’s best collaborator and this time, he has truly outdone himself.’ Herbert V. Kohler

Whistling Straits was the brainchild of business magnate Herbert V. Kohler Jr., who in 1995 purchased a 560-acre parcel of land along the western shores of Lake Michigan that had previously been earmarked for a nuclear power plant. Apparently inspired by the big links of Ireland, Kohler recognized the potential in the site for great golf and employed renowned architect Pete Dye to collaborate on a 36-hole complex. A few years after opening the resort hosted its first major, and since then Whistling Straits has grown to rival Pebble Beach and Pinehurst as America’s highest profile, and most expensive, golf retreats. The Straits Course is rightly recognized as the property’s prized asset.

While the Irish Course was built away from the lake, Straits occupies a two-mile stretch of land along its shoreline and enjoys almost constant views of the water. Aside from a spectacular setting, Dye was also blessed with a generous budget and a client who allowed him to shift staggering amounts of sand during construction. Close to a million cubic yards of material was brought onto the site to create a series of towering dunes, while substantial quantities were also scraped away from the cliff areas to build ledges and allow holes to get as close to the water as possible.

Although these dune structures tend to overwhelm the property, Dye’s vision and his ability to integrate interesting and original design ideas into such a big landscape is extraordinary. As is the sheer volume of hazards he carved into the sandhills. Whether simple scrapes or formal bunkers, there are more than 500 in total with the majority shaped to complete a visual picture rather than compliment a strategic situation. Those used within the design tend to be pot traps either dug into the sculptured green areas or positioned along the sides of the fairways. Coupled with humps and hollows, a two-loop routing and fescue fairway surfaces they help to give the course a somewhat authentic linkslike feel.

Following a tight opening hole that bends toward the lake and punishes anyone not immediately able to nail a straight drive, comes an exciting par five along an elongated ledge, its terrific chase-in green site protected by a cleverly positioned pot bunker. The next is the first in a remarkable set of par threes, each built directly on the water’s edge and ranging from difficult to unplayable depending on the wind. The skinny 12th green, for instance, is virtually impossible to hold downwind, particularly its elevated right side, while the 17th falls steeply toward the water and features an obscured target tucked beyond a large knob. Best of the group is probably the 7th, which crosses part of the shoreline to a wonderful green complex banked into a hillside.

The longer holes also mix scenery with severity. The strong and skinny 4th is one of the hardest par fours in America, with extreme penalties for a miss on either side, while the 9th is memorable for the scale of its surrounds and the 8th for a thrilling second shot played off a shelf and down to a beautiful target positioned before the lake. On the back nine, Dye continues to show little sympathy for the misplaced stroke. The bunkers and bold fairway undulations of the par five 11th are especially intimidating, while the plunging approach into the 18th green is a fairly scary way to end your round, the shot hit over a creek and into a knuckle-shaped target set within a massive sandy amphitheatre. More impressive are the heavily bunkered, semistrategic 15th and the gently arching 13th, with its putting surface perched against the cliff and open to allow clever players a number of access routes to the pin.

Super long, narrow and exposed to strong winds, this is one of the toughest par 72s anywhere in golf, and although fun to play, it isn’t recommended for golfers in a hurry nor for those in a fragile emotional state. Unless a world-class professional, there are likely to be many shots here beyond your capabilities, and in some instances your best method of success is working out how to limit the damage to a bogey, rather than how to force a good score out of a particular hole. Regardless, there is no denying that the Straits Course is one of the most impressive construction achievements in modern golf and an apt tribute to the genius of designer Pete Dye, who somehow created a championship-ready beast that is both overdone and unforgiving yet at the same time utterly compelling. 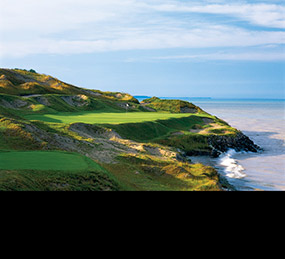 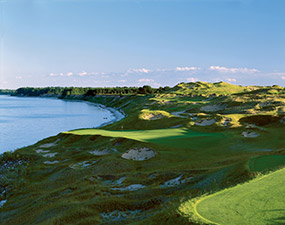 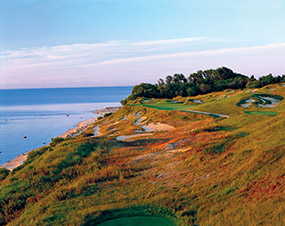 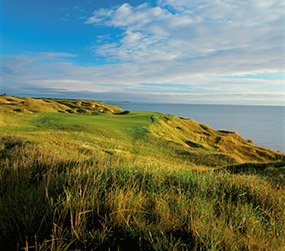