Anyone who has watched a modern professional hit the golf ball knows that our game has reached a tipping point, that the gap between the elite player and the average amateur has never been greater. As a result, when it comes to golf course design, the clichéd objective of building holes that somehow, “challenge the champions yet provide enjoyment for the rest” is not necessarily always appropriate.

A case in point is Orlando’s Winter Park. Short, flat, landlocked and “only” nine holes, the golf course was recently redesigned with an indifference toward Pros and a strong focus instead on playability for beginners, juniors and seniors. The results have been widely trumpeted across the industry, for not only does the City of Winter Park now own a popular and profitable community golf asset, it has created a template for how other municipal courses should be arranged.

The current course at Winter Park was established in 1937, when the collapse of a nearby country club led to the partial reopening of a disused 27-hole facility built prior to World War I. Despite an enviable location right in the middle of town, the nine-hole course was poorly designed, poorly built and, for many years, financially unviable. It was in desperate need of an upgrade when, in 2016, the City hired young shapers Keith Rhebb and Riley Johns to overhaul it.

Rhebb and Johns were given an opportunity to rebuild every single tee, green, bunker and fairway at Winter Park and essentially create an all-new course across existing terrain. With great care and shaping sophistication, they managed to inject strategic interest and design variety into what had been an otherwise uninspired place to golf. Importantly, they were careful to push their egos to the side and ignore bold design statements in favor of the sort of subtle features used so successfully by mentors like Bill Coore and Ben Crenshaw. The course isn’t necessarily a pushover, but it is playable for those tiptoeing into the game because there is plenty of play space and par is generally protected by a couple of bunkers and some soft chipping swales.

Though many trees were removed during the project, the stately old Oaks that remain are beautiful and the fact that you play around a cemetery, alongside a train line and regularly cross the street adds to the charm of the urban experience. The opening short four sets the tone for the design. The creatively bunkered green is well within reach for better players and, like the other driveable fours, can be attacked as conservatively or aggressively as one chooses. The par threes are also terrific, and boast excellent green sites shaped to lure the sleepy golfer into either hitting unnecessarily close to bunkers or too safely away from them. The longer holes are less obvious highlights because they swallow up flatter ground, but the 3rd works well due to a green angled into surrounding sand traps and the 4th bends around the cemetery and is bunkered to reward the accurate golfer, regardless of their hitting distance or skill level.

Given the landforms, the budget and the existing holes, Winter Park really had no business being featured on a website like this, but we celebrate its transformation and the fact that by focusing on average golfers Rhebb and Johns were able to create an attractive set of holes that even the cerebral professional can enjoy. If every municipal golfer in America played a course like Winter Park, far fewer of them would walk away from our great game. 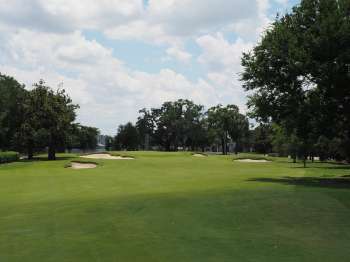 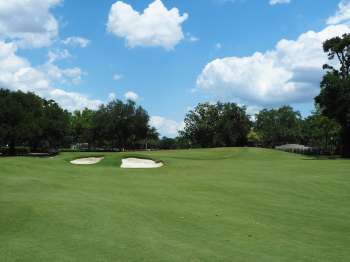 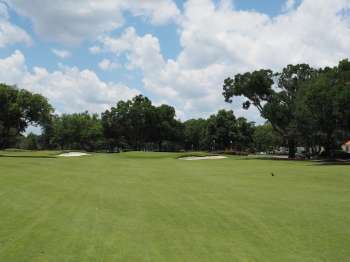 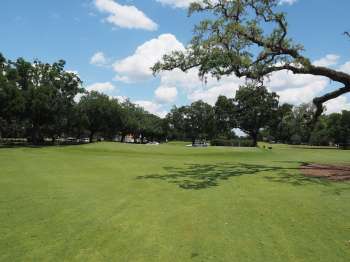