Golf development has changed in these modern times, and more and more the intrepid golfer finds himself venturing to remote, far flung corners in order to experience the latest ‘it’ destination. Such is the case with FLC Quang Binh, developed by a large property conglomerate and situated a short drive from the small rural town of Dong Hoi, on Vietnam’s north-central coast.

Here, in what appears as unlikely a place as any to discover great golf, is a project as ambitious in scale as anything we have seen. The Masterplan at Dong Hoi includes a total of ten golf courses, alongside thousands of home sites, villas and hotel rooms. All are located on a giant 2,000-ha parcel of sand south of the town.

Aside from the sheer audacity of planning ten courses in a true golfing outpost like Quang Binh province, what’s most striking about this project is the development zone itself. Glorious dunes abound all over the region, and particularly on the arrival drive into the resort.

If anything the clubhouse precinct for the first two courses underwhelms, given the building is wedged somewhat awkwardly between the really raw dunes along the entrance route, and those directly adjacent the sea. Views are limited, and the clubhouse serves more a functional purpose than to excite about the prospects for the golf ahead. Out on the course, however, things quickly change.

The first completed course at FLC Quang Binh is known as Forest Dunes, a striking, modern quasi-links dominated by freeform tees and fairways that ribbon their way through the sparkly native sand. The transition of wastelands into more formal bunker shapes is particularly attractive and well handled by designer Brian Curley and his lead shaper Don Page, who also conceived a strong set of green complexes and approach aesthetics. Across both completed courses at Quang Binh a number of greens have shallow swales or depressions to aide drainage, and also complicate putting.

Unlike some of the other golf here, Forest Dunes is a tight challenge that will particularly appeal to good golfers and shot-makers able to more regularly find the narrow fairways and precise putting targets. There is a great variety of shots into greens and a number of excellent par fours, such as the mid-length 7th which resembles Pine Valley 8 both for its sandy pine scrub setting and twin push up green sites. The punchbowl green on the 10th is another nod to old-school American golf design, but elsewhere the golf course appeals for its originality, its daring and its rugged beauty.

Unlike Ocean Dunes, the lack of beachside golf is less noticeable here as the forests are mature, the routing intimate and the golf a little more exciting across both nines. Each of the par threes work well, in particular the pint-sized 17th, which is surrounded by sand and was only added after the location of an earlier beachside par three was deemed too sensitive. Playing little more than a wedge, the green is obscured from the tee and feels miniscule, particularly when the wind blows.

We were also fond of the heroic par five 16th, bunkering on the difficult 12th and 18th holes and bedeviling green complexes on shortish par fours at the 3rd and 13th.

Although a little more width at Forest Dunes would have made the holes more playable for a range of golfers, there is enough variety at FLC Quang Binh to accommodate a tougher test like this as well as more generous golf elsewhere. It’s undoubtedly a difficult course for locals, but until developers here focus on quality golf above all other factors this will remain one of the premier courses in all of Vietnam. 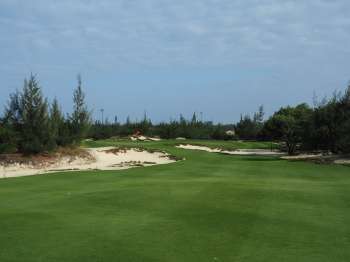 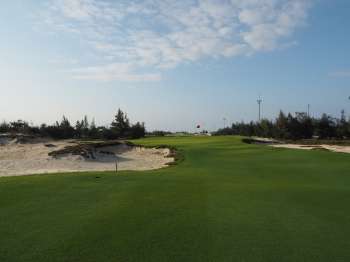 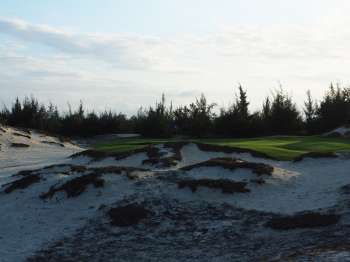 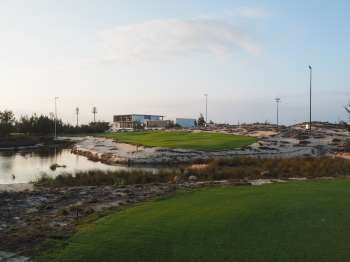 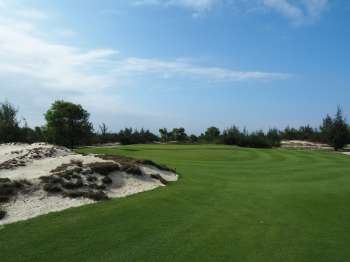