Golf Australia announced today that the tournament which led the world in terms of gender equality would be staged at 13th Beach Golf Links near the village of Barwon Heads for the 10th consecutive time from 9-12 February.

A player and fan favourite, the tournament which includes titles for men, women, and all abilities will be part of the ISPS HANDA PGA Tour of Australasia and WPGA Tour Australasia.

The Beach course and the Creek course at the superb seaside facility in Victoria will see men and women competing for equal prizemoney on the same courses at the same time, a minimum $420,000 for each event.

The 2023 Vic Open will also coincide with the Victorian Inclusive Championship for golfers with a disability and the Australian Wheelchair Golf Championship will return for its second year. The Championship is a 36-hole tournament for seated golfers who play the game through assisting equipment such as the Ottobock Paragolfer.

New South Welshman Dimi Papadatos and Perth’s Hannah Green were popular winners in 2022. Other recent winners include current women’s world No. 4 Minjee Lee and her younger brother, Min Woo Lee, who is emerging as one of the best young players in the world.

Since the mixed-gender event was first staged in 2012, golf organisations and tours around the world have moved to include mixed events on their schedules, with the Vic Open viewed as the catalyst for most of them.

“This is a significant event in world terms,” said James Sutherland, Chief Executive of Golf Australia.

“The Vic Open changed the landscape for golf right around the world, and we want it to continue to be a groundbreaker, providing great experiences for players and intimate viewing for fans.

“This is the way that fans want to see their golf tournaments, and it’s the way we want golf to be viewed – as a sport for everyone.

“We’re delighted to have the tournament back at 13th Beach, not only because they are such a wonderful pair of golf courses but because the atmosphere and community support on the Bellarine Peninsula is second to none.”

Victorian Minister for Tourism, Sport and Major Events Steve Dimopoulos said, “This has been a pioneering tournament putting Victoria on the map for all the right reasons, and that’s why we’re backing it in 2023 and 2024 at 13th Beach, attracting top golfers from around the world and boosting local jobs and the economy.”

The Vic Open is part of an exciting summer of golf in Australia that includes the return of the ISPS HANDA  Australian Open after a two-year gap and reinvented as a mixed-gender event, four Webex Players Series tournaments with men and women competing for the same prize, and the return of the New Zealand Open at Millbrook.

The season kicks off with the Western Australian PGA Championship in Kalgoorlie on 13 October. 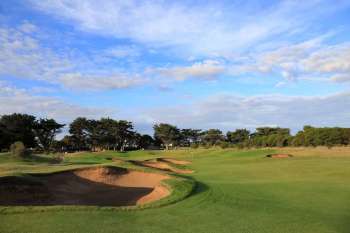