For the first time in 2019, both ISPS Handa Vic Open titles headed to Europe.

In 2020 as the twin fields gather again at 13th Beach Golf Links, rest assured the Australian contingent is hell bent on getting them both back.

Since Minjee Lee’s win in 2014, only the West Australian’s second victory in 2018 has kept the title on home shores with Marianne Skarpnord, Georgia Hall, Mel Reid and defending champ Celine Boutier each taking the women’s crown back to Europe.

But in addition to Lee next week, fellow Australian Olympic aspirants Hannah Green and Su Oh are among the top picks in a field laced with LPGA Tour superstars.

Melburnian Oh, Sydneysider Sarah Kemp and Sunshine Coaster Katherine Kirk were all in the top five at Barwon Heads last year and will be desperate to take the next step.

On the men’s side defending champion David Law, of Scotland, will also face a fierce challenge from the local contingent.

There’s also a strong support cast from both New South Wales and Queensland, in particular.

Remarkably, despite a slew of great players from Queensland, not since Kenny Druce in 1999 has a “Maroon” lifted the Victorian title.

But in Japanese tour stars Brad Kennedy, Anthony Quayle and Dylan Perry, plus Jake McLeod and Andrew Dodt, there’s much to suggest that could finally change.

Dimi Papadatos, the 2017 champ at 13th Beach, has high hopes of a second crown, while his fellow New South Welshmen Travis Smyth and Nick Flanagan both bring great form south.

“All those names don’t even factor in the multitude of world-class players we’ll see from the LPGA and European tours in the women’s and men’s fields, respectively.

The ISPS Handa Vic Open is a unique concurrent men’s and women’s professional tournament. It is jointly sanctioned by the ALPG, LPGA, ISPS Handa PGA Tour of Australasia and European Tour and features equal prizemoney for men and women, totalling $3 million.

Entry is free to all Victorian golf club members and all CFA volunteers, emergency workers and their families, but other tickets are on sale through oTix and remain some of the best value in elite sport at $10 per day, $30 for a season pass. Children under 18 and those with a Seniors Card are free. 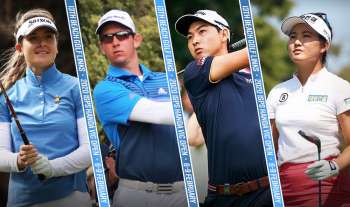