This week the Australian Open is being played at The Lakes Golf Club, a course that was redesigned by Michael Clayton prior to the formation of his design company with Geoff Ogilvy. Literally a driver / wedge from the back nine at The Lakes lies Bonnie Doon, another old historic Sydney club built on sand, and the first anywhere in Australia to have engaged the Ogilvy Clayton team as their course consultants.

Ogilvy Clayton were engaged in 2010, with a view to redeveloping the entire Bonnie Doon golf course and somehow incorporating an adjacent 6.5-hectare tip site into the routing. The project was to be carried out in Stages, with the first stage being the most comprehensive and involving work on five existing holes and the creation of two new holes down on the tip. With this part of the project now complete, we returned to the club to take a look at how the new layout was taking shape.

While we’ve added a few before and after photographs below, anyone curious about the extent of the transformation at Bonnie Doon need only visit the club sometime in the next couple of years to see the old holes up alongside the new ones. They are radically different. Furthermore, unlike Clayton’s work at The Lakes, where the routing was untouched and holes were essentially redesigned and rebuilt along existing lines, here large parts of the layout will be reconfigured. Aside from the new holes, the biggest change to this point has been the reversal of the old par five 4th, to now play as a short south-to-north par five that concludes the outward nine. The hole itself is beautiful to look at and strategically sound to play, plus the reversal eliminated the problem of the old 1st and 4th holes running adjacent to each other and appearing almost identical.

Instantly noticeable to those familiar with Bonnie Doon, is how much more expansive the layout feels thanks to both selective tree removal and the space created internally by the use of the additional land. The bunkering style is much more rugged and naturalistic than the old smooth-line traps and the small, circular greens have been enlarged and their shapeless contours replaced by all sorts of humps, ridges and swales. It’s likely that some golfers will criticise the more severe greens here, but few could argue that the old 2nd (now the 12th) or 4th (now 9th) greens were not superb targets.

From a maintenance standpoint, the club suffered through an unusually wet summer last year and has experienced difficult growing conditions since the project began. As a result the native vegetation, which is crucial to the look and feel of the layout, is not yet being managed quite as it should be. Some areas are patchy while in other spots the rough can be thigh-high and penal. We are sure that over time members will spend less time looking for balls in the roughs, and that vegetation around the bunkers will be managed to allow balls to bound uninterrupted into the sand (right).

Probably the most beautiful hole on the course, this short par five tumbles and rises toward an excellent green site guarded by a fearsome trap on the left and a hollow on the right. Strong players need to choose their line carefully off the tee, but for all golfers the charm of this hole is that often your playing strategy will be dictated by the wind. 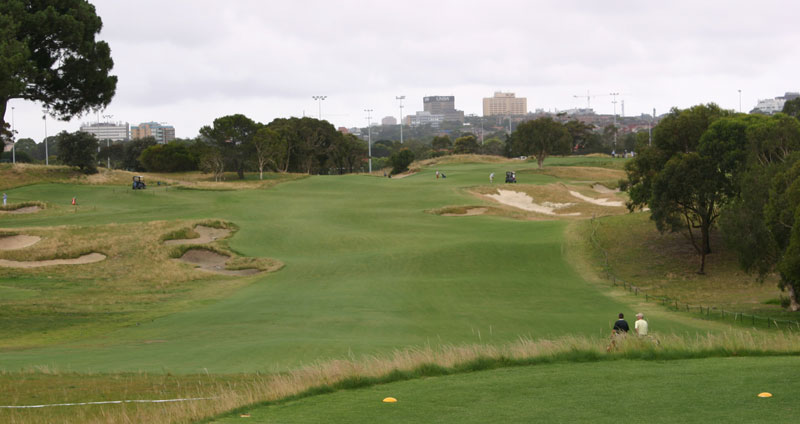 As these photos highlight, the 10th has been transformed by some sensible fairway shaping and the rebunkering of both the landing area and the green complex. The front of the green may prove a little severe for some, but there is no question that this has been an enormous improvement.

When the redevelopment is complete, Bonnie Doon is almost certain to boast the strongest set of short par fours north of the Melbourne Sandbelt. The 12th will be one of the standouts. The old hole here was very dull, and although there isn’t a great incentive for weaker hitters to flirt with the fairway hazards, the bunkering looks beautiful and the angled green site is very effective at testing your short-iron approach skills.

Bonnie Doon’s iconic semi-blind par three was once voted the members’ favourite hole, which probably highlights just how much improvement this course had in it. Where the old green was small and uninteresting, the new one is enormous and full of character and undulation. Again one criticism is likely to be that the new green is too busy, although it would be hard to argue that it isn’t still a significant improvement on the old one.

Surely the most difficult hole to build at Bonnie Doon as it’s long, uphill and heads into the prevailing southerly winds. Plus it occupies most of the former dumpsite, so everything had to be man-made. While there is merit here, and we like the idea of driving partly across an out-of-bounds practice area, the hole misses the mark slightly in a couple of areas. Firstly the fairway is pinched uncomfortably by a sizeable sand hill on the left and perhaps a little too much of the landing area is obscured from the tee. Also long hitters are better off driving centrally than flirting with the OOB stakes down the right. Further along the fairway, the left-hand strip of grass leading into the green is too sharply angled to be sensibly used as an alternate fairway. Neither of these problems can’t be fixed and the green itself, which horseshoes around a central bunker, is fascinating. We wouldn’t be surprised if this hole was tweaked slightly in the years ahead, and made much better.

Short, uphill par threes sound great in theory but very few are either attractive or elastic enough to sustain the members interest long term. This hole does both. There probably doesn’t need to be as much vegetation in front of the tee, but the green itself collapses dramatically off a dune and was built with distinct sections that work well to breakup its steep gradient. In terms of linking the new land with the existing course this par three was essential, and more than just a ‘filler’ hole it has become a genuine highlight of the course. 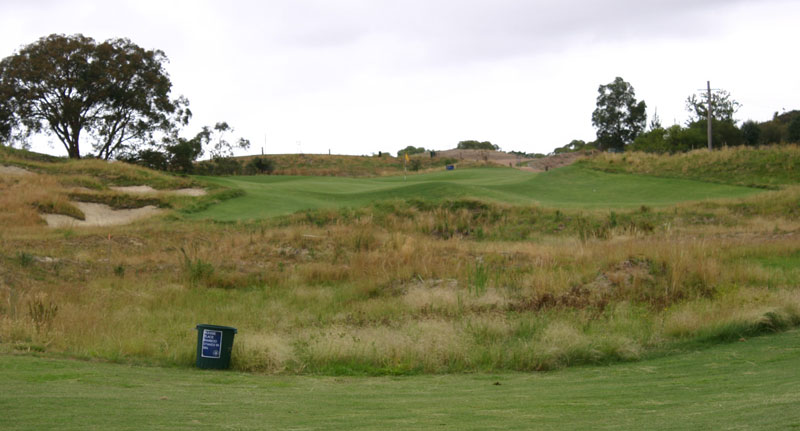 Too tight off the tee for very short hitters, this par four expands out beyond the 200m mark and plays through some attractive bunker complexes toward a nicely pitched green surrounded by lots of neat chipping areas and ground contours. Again, this is a major improvement on the hole that preceded it.

To describe the old Bonnie Doon course as an under performer would have been a massive understatement, given the attractive natural sand hills it occupies and the fact the club had slipped completely off the Australian Golf Digest Top 100 ranking list in recent years. The course is sure to bounce back when our next list is released in 2014. How high it climbs when the remaining holes are finished remains to be seen, but early predictions of the course eventually ranking among Sydney’s best 3 or 4 seem well founded.

Back to News
0 Comments