The new golf courses will form part of the Ha Long Xanh Urban Complex near the UNESCO World Heritage listed Ha Long Bay tourist attraction. An earlier course with views over the unique island formations of Ha Long Bay was designed by Brian Curley for the FLC Group. The Ha Long Xanh development will apparently involve a total investment of USD $10 billion.

According to the design company selected, American Mike DeVries will act as lead designer on the project, with support from German partner Hendrik Hilgert.

In a press release announcing the project, CDP Manager Edward Cartwright was quoted as saying;

“We are delighted to be undertaking the partnership’s first project on the Asian continent in Vietnam, a country whose population is embracing the game of golf at a quite staggering rate. We are honoured to be working for Vingroup, whose Vinpearl and Vinhomes subsidiaries will be overseeing the development of Ha Long Xanh’s main facilities.”

“I have visited Vietnam several times in the past 15 years. I love the country and its people and am pleased that I and my colleagues will now have the opportunity to deliver courses in one of its most famous and beautiful regions. The intention is to design two excellent golf courses which will be enjoyable for all golfers and could also serve as a venue for a professional tournament should that ever be of interest.” 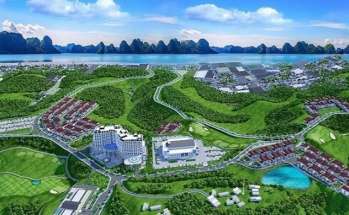