An interesting article appeared this week on the Financial Times website, detailing how two resort golf courses developed by the Dalian Wanda Group in China have been declared illegal and forced to close.

The property in question is the Changbaishan International Resort in Fusong, which opened in 2012 and features golf courses designed by both Jack Nicklaus Design and Robert Trent Jones II. Including multiple ski slopes and 5-star hotels, the Changbaishan development was apparently the largest tourism project in China and earlier this year had been cleared to potentially remain in operation.

From The Financial Times story:

A Chinese county government has declared illegal two high-end golf courses owned by acquisitive Chinese conglomerate Dalian Wanda Group amid a campaign against luxury and waste ahead of a Communist party gathering that begins in Beijing this week.

The move is a blow to Wanda’s tourism and entertainment ambitions as the group seeks to diversify from shopping malls. The government of Fusong county in China’s northeastern province of Jilin revoked permission for the two courses, according to a notice dated October 1 seen by the Financial Times.

Wanda is one of a group of privately owned conglomerates including HNA Group, Anbang Insurance Group, and Fosun International that have come under scrutiny in recent months, with a particular focus on their overseas acquisitions. Wanda chairman Wang Jianlin tumbled from his position as China’s richest man, according to the country’s best-known rich list released last week, falling to fifth place in this year’s Hurun ranking.

Some analysts say the pressure on the conglomerates reflects political manoeuvering ahead of the once-in-five years party congress, where President Xi Jinping will seek to install loyalists in key positions.

A national crackdown begun in 2011 has resulted in 111 of 683 golf courses being shut down, China's economic planning agency said in January. The courses were targeted for illegally occupying arable land or nature reserves, prohibited groundwater extraction, and other violations. The agency ordered “rectification” for another 507 courses. 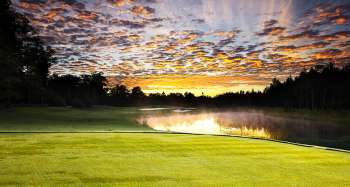