The transformation of the Port Kennedy coastline is a step closer today with developer Western Australia Beach and Golf Resort (WABGR) unveiling its design for a new state-of-the-art Golf Clubhouse.

The multi-million clubhouse design, which has received praise from community groups, is the first component of a confirmed $15million public works program within the Kennedy Bay development that will also include upgrades to the golf course, a new coastal village, regional beach works, boat moorings and public jetty.

Anticipated for completion in September 2021, the proposed Clubhouse, will include proshop, golf facilities and management offices alongside a restaurant, bar and alfresco terrace extending out onto an inviting green landscaped space. It is planned to engage with the community for regular events and everyday activation throughout the year.

The design maximises ocean and course views while being nestled into the coastal landscape - connecting the golf course and clubhouse to the future Coastal Village.

The Clubhouse design is a significant milestone in the establishment of Kennedy Bay, a new community that will revitalise and redefine this under-utilised coastal passage into a thriving village centre.

“It was very important to our client, WABGR, to not only offer a best in class golfing experience but importantly a facility highly relevant and accessible to the local community.”

“We have commissioned leading architects, Gresley Abas, with a brief to ensure the facility will sit at the core of a best-in-class golfing and hospitality experience and further position Kennedy Bay as a must-visit destination.

“This has involved working very closely with government, local groups and businesses to ensure a thoughtful design that considers club members, local community needs and the local environment and which connects the golf course to a new village centre.”

Kennedy Bay is a new $425 million coastal community that will see approximately 66 hectares of land developed over the next eight years to deliver approximately 900 residential lots and a new thriving commercial and retail village centre.

The 66-hectare development lot was transferred from Crown land last month, by the Western Australia Government. According to their press release on January 24,

The existing golf course will be retained and improved, with a new main street and town centre comprising a mix of offices and shops. Plans also include a $15 million public works program with a new clubhouse, restaurant and function spaces, beach upgrades, boat moorings and a public jetty.

Subject to development approvals, residential lots will range from 180 to 600 square meters providing for a diversity of housing choice. An estimated 400 local jobs are expected to be created through development of the lots and associated community infrastructure.

The agreement requires a new north-south coastal road to be built in the first stage of development to provide two road access points for emergency fire response.

The City of Rockingham will invite public comment on a local structure plan in the coming weeks, which will then go to the Western Australian Planning Commission for final approval.

Kennedy Bay's first lots are expected to be released in early 2022, and the new clubhouse is due to open late next year. 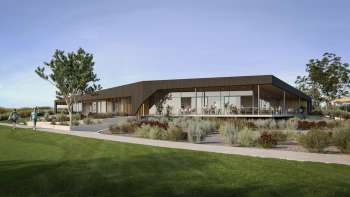