The acclaimed design partnership of Bill Coore and Ben Crenshaw have been engaged by Florida’s Streamsong Resort to add an 18-hole short course to its golf offering. Coore and Crenshaw were responsible for the design of Streamsong’s Red Course, which opened alongside the Blue Course in 2013. A Gil Hanse–designed Black Course was added in 2017.

The new Streamsong short course will be situated much closer to the hotel facilities than the existing courses, and occupy a prime 100-acre undulating sandy site with several lakes and within walking distance of the guest rooms. According to media reports, the new layout will feature 18 holes which range in distance from 70 yards to almost 300.

Designer Bill Coore designed the property as being, “Comprised of moss draped oaks, lakes and sand-based landforms, the site for the short course is dramatically gifted for golf.”

“And although smaller in scale and different in character from the Blue, Black and Red courses,” added Coore, “we believe the site has the potential to complement the amazing golf experiences that have made Streamsong one of our nation’s most highly acclaimed golf destinations.”

There are also plans for a large putting course at the new venue, as well as some sort of clubhouse structure and food and beverage outlet.

Streamsong is an extremely popular resort destination, and no doubt the addition of this new short course will only add to its appeal. The resort is likely to face increased competition in the future, with the recent acquisition of the World Woods facility by the Cabot Group and subsequent renaming as Cabot Citrus Farms when it reopens in 2023. 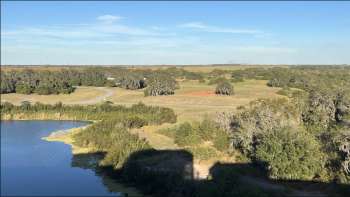