Local Scottish Highlands businessman Robert Mackenzie has announced exciting plans to partially rebuild a lost golf course that once occupied part of his farmland property. Situated near the town of Nigg on the Cromarty Firth, midway between Inverness and Dornoch, the farm includes a striking stretch of duneland that was used by golfers for more than 70 years.

Previously known as Cromarty Golf Club, Nigg and, finally, the Castlecraig Golf Club, the links on Mr. Mackenzie’s property were first used for the game back in 1890 when nine holes were arranged by locals near what is now an energy station. The holes were said to have enjoyed fine seaside turf and been surrounded by beautiful scenery. The links was extended to 18 holes around 1907, and are featured on the GolfsMissingLinks website with the following description: 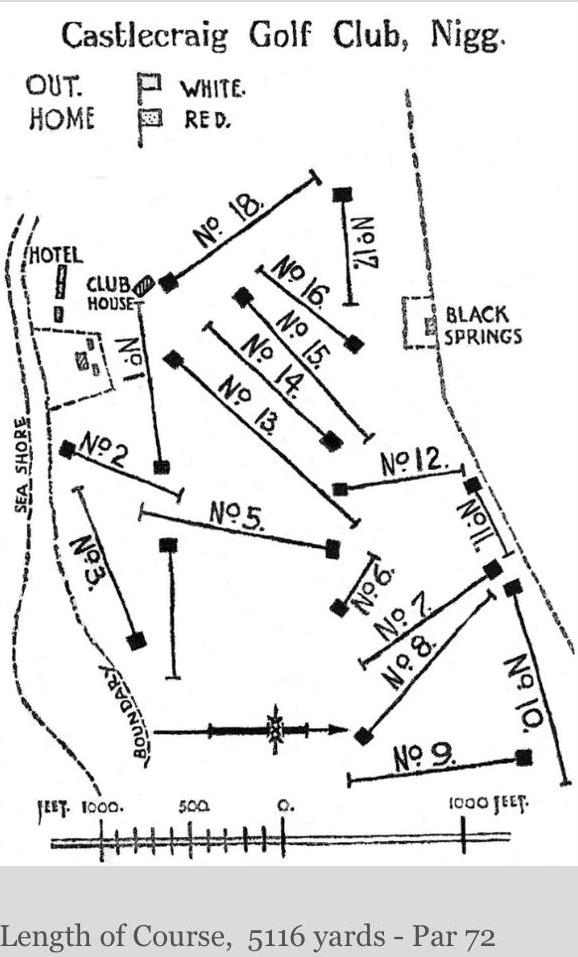 Alexander Polson, schoolmaster at Nigg at the time, described the early eighteen-hole course as follows: “There is a convenient little clubhouse fitted with lockers. The course is excellent and is capable of great development and improvement. The soil is sand and inclined to moss, making the surface rather soft. The greens are excellent and have been formed from the natural turf and are good evidence of what can be made of it by care and attention. The holes provide plenty of variety with regard to length and difficulty. There are two splendid short holes, surrounded by natural hazards, a ditch having to be crossed in each case. About eight of the holes may be reached by the long player with two strokes, but for the average player they mean three. Three of the holes are three shot holes, the others drive and an iron or drive and a pitch. The hazards throughout are natural, there being only one or two artificial bunkers. They consist of hillocks, ditches sandy patches with bent and rough ground usually to punish the unwary player who leaves the fairway."

Feature holes included the 2nd, which was known as the Sea Hole and described as a plateau “guarded in front by a deep gully, while beyond lies the beach. It can be reached by a drive and a short pitch.” The 3rd hole then ran along the shoreline and was known as the Quarry Hole. It was said to, “usually require three strokes and the drive must be carefully placed clear of a long ravine extending in the direction of the hole.”

A full description of the old links can be found on the GolfsMissingLinks website.

Castlecraig Golf Club, as it was known in its final years, ceased to operate as a golf course in the early 1960s, and after the frustration of the rejected Coul Links project a little further to the north Mackenzie is hoping that the existing golf history here will aid with his planning applications. He is required to submit a request for an Environmental Impact Assessment from Highland Council, and noted in an article posted on the Northern Times website that, unlike recent Scottish links developments at Machrihanish Dunes and Trump Golf International – as well as the rejected Coul Links project at Embo – his site is not designated as a Site of Special Scientific Interest.

Mr Mackenzie told the paper that the, "really exciting thing from my point of view, loving history, is the fact that it was a golf course. It already has over 130 years of history to start with.”

He plans to engage a well-known American course designer to assist with the project, and is hoping to create an attraction for those already visiting the Highlands to play celebrated links like Royal Dornoch, Brora and Castle Stuart.

From the Northern Times article:

EXCITING plans for a world-class 18-hole golf course in Easter Ross could help tee up a substantial boost for the local economy and put the county on the radar of visitors from around the world.

Proposals being drawn up would also see the creation of two nine-hole courses, a driving range and practice area and a clubhouse with pro-shop, restaurant, bar and accommodation, potentially creating up to 25 full-time jobs and driving a supply chain boost that would ripple through the Highland economy.

The development would see a part restoration of the historic Nigg golf course, which occupied the site between 1890 and the 1960s, with interruptions during the World Wars. It was thought by some at the time to be one of the finest natural courses in the world.

A large portion of the land is presently zoned for industrial development in the existing Inner Moray Firth Local Development Plan, which is currently open for public consultation. It overlooks the Cromarty Firth and the Nigg Energy Park.

Mr Mackenzie said: "I am of the opinion that the proposed new industrial allocation for Nigg allocates a generous amount of land for possible future expansion of the Nigg Energy Park, while creating a wonderful opportunity to enhance the landscape at Nigg, grow sustainable tourism - alongside a successful industrial port - and strengthen and diversify the local economy, which will be essential to the post-Covid recovery of the Highlands."

Of the juxtaposition between land uses, Mr Mackenzie said: "Everybody that has come onto the site has thought that it adds to the interest. There's always something going on in the Firth and it is changing all the time. People who have looked see no reason why a world class golf development couldn't fit there. I believe there's great potential to create jobs and prosperity."

He said he had originally bought it as a working farm but the potential for diversification was always an attraction. He would like to protect and enhance core paths and stresses the design will be sensitive to the environment.

He will present his plans to the local community and could be prepared to submit an application by early summer. With a fair wind behind it, groundworks could begin in winter and the first golfers on the course by April 2023. 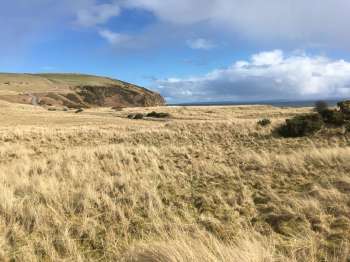