Further golf development in Queenstown, as Millbook wins approval for an additional 9 holes.

Golf course development continues apace in Queenstown, with news this week that the Millbrook Resort has received planning approval for an additional nine holes. The extra holes will be designed by local golfer Greg Turner in association with Scott Macpherson, and bring the total at Millbook up to 36 holes.

Beyond the new nine, the $45 million expansion also includes another 42 home sites expected to sell for around $1.5million apiece, along with the rebuilding and restoration of an historic woolshed and 1860s farmhouse. More than 20Ha of land will be retained as a working farmland.

Millbook is located to the west of The Hills Golf Club in Arrowtown. The Hills are currently constructing a 9-hole par three course, whilst to their east a new Greg Turner-designed 18 hole course has been proposed by ski-field operator Sir John Davies. Titled Hogan’s Gully Golf Resort, the golf development will occupy an elevated, private basin with home sites dotted around the golf course.

According to the Otago Daily News, construction on the new nine holes at Millbrook is expected to begin early next year. Turner is quoted by the ODN as describing the new nine as “perhaps the most spectacular landscape at Millbook.”

From the Otago Daily News:

The upper plateau will host 24 home sites and the lower slopes a further 18.

Mr O'Malley expects each section to fetch at least $1.5million.

By adding nine holes to its existing 27, it becomes the only New Zealand resort offering two 18-hole courses.

In October, the Queenstown Lakes District Council approved an extension to the Millbrook Resort Zone, subject to appeals - but the only appeal is a minor one from Millbrook itself, likely to be resolved quickly. 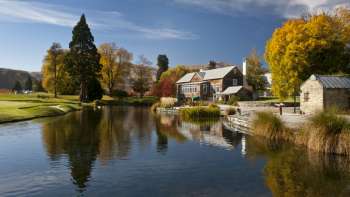