It was with great sadness this morning that we picked up on separate articles from Great Britain, reporting on coastal erosion concerns at two important, historic golf courses.

Firstly there was the GolfPunk story on the Royal North Devon Golf Club, better known as Westwood Ho!, and the real risk faced by the erosion of its coastline. The oldest links in England, Westward Ho! has seen the shoreline inch closer to its celebrated seaside holes and recently had to retrieve a tee marker for the 8th hole that had washed onto an adjoining beach during a particularly nasty storm. 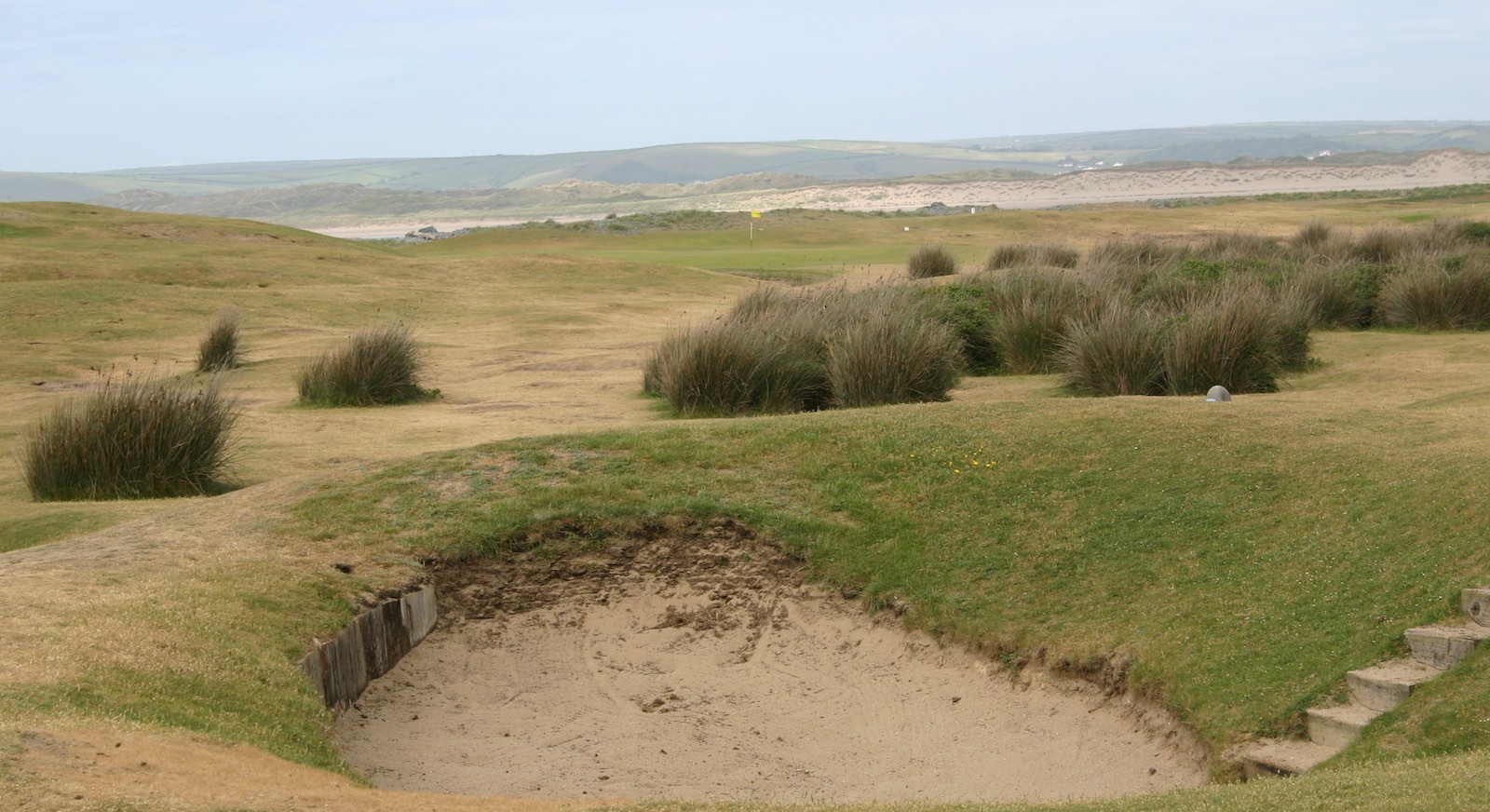 Boulders protecting the links could also be seen scattered across the 7th hole (above).

Parts of Royal North Devon GC, famously England's oldest golf course, have been washed away by recent storms, and more damage is feared by staff according to a report on the BBC.

Storm Eleanor ripped 49ft (15m) of land away from behind the eighth tee at the Royal North Devon Golf Club in Westward Ho! earlier this month.

General manager Mark Evans said "we could lose the [seventh] green in early February with the high tides predicted with the wrong wind conditions".

The tee marker for the eighth green has been washed on to the beach, which is alongside the 154-year-old course.

The seventh green is now within 49ft of the shoreline and boulders are strewn across that part of the low lying links course.

The land the golf course is built on is designated as a site of specific scientific interest. Natural England, which controls the land, said it had no plans to improve the sea defences.

It said in a statement: "The dunes and shingle ridge are naturally dynamic coastal features and subject to constant change."

It also said the golf club can build two new greens, but must relinquish two existing ones within three years if it does so.

Equally concerning is the continued battle faced by the Montrose Golf Links in Scotland to protect its cherished Medal Course from a retreating coastline.

One of the world’s oldest courses, Montrose boasts an incredible golfing history and has long battled with coastal erosion along its opening holes. Previously changes had been made to the 2nd, 3rd and 6th holes to protect them from erosion, and now the Bunkered.co.uk website is reporting on additional work being carried out on the front nine as well as real concerns over the future viability of that part of the course.

above - The glorious view from the 2nd tee at Montrose.

From the Bunkered article:

Montrose Golf Links, which boasts a 450-year history, has already had to make alterations to the opening holes on its famed Medal Course, with the third tee box moved in order to bolster rocks at the second tee and first green, all of which run right along the coastline.

Now, there are fears that unless funding is granted to protect the 36-hole venue, some holes could be lost entirely as a redesign moving the course dramatically inland would be required.

“As the sea rises and the coast falls away, we’re left with nowhere to go,” Chris Curnin, financial director at Montrose Golf Links Limited, told bunkered.co.uk.

“Climate change is often seen as tomorrow’s problem, but it’s already eating away at our course. In a perfect storm we could lose five to ten metres over just a couple of days and that could happen at pretty much any point.”

At the moment, the rate of erosion works out at an average of 1.5 metres per year. It may not sound like much, but it is enough of a concern for the Scottish Government to have got involved as the issue could have far wider-reaching consequences.

The course is situated between the dunes and the town and, if that defence was ever to be breached, it would open up Montrose – which has a population of 12,000 – to serious flooding.

Bunkered also reported on protective measures undertaken at North Berwick to stabilise parts of that links’ legendary coastline from erosion. Geotextile matting, rock armour and timber revetment are all part of a program to protect holes like the 2nd and 11th from the threat caused by erosion and rising sea levels.