After a global search, American golf course designer Gil Hanse has been appointed course architect for the Royal Sydney Golf Club. Hanse beat out three other short-listed finalists: Kyle Phillips, Harley Kruse (with Mike DeVries) and Jim Wilcher (with Ian Baker-Finch). Work is not likely to begin on course changes until next year, with the club hosting the Australian Open this November.

The Hanse commission follows the appointment of fellow American Tom Doak at Concord Golf Club in Sydney, and continues a trend in the city with Jack Nicklaus also undertaking a major redesign at The Australian Golf Club a few years ago. While Hanse has done excellent restoration work at established clubs in the United States, the Royal Sydney brief is likely to involve more redesign than restoration. Little of the original course remains or seems worth keeping, and to compete in a modern environment it is likely that some land currently used for the club’s shorter nine-hole course will need to be incorporated into its championship layout.

It will be fascinating to follow progress at Royal Sydney, and watch as the Hanse plan develops. Certainly the appointment could be seen as a blow to the Australian Society of Golf Course Architects, whose members were largely overlooked by both Concord and Royal Sydney. Hanse always seemed the favourite at Rose Bay, and it is clear that he interviews for jobs exceptionally well. Remembering, that back in 2012 he was awarded the Rio 2016 Olympics project in Brazil on a promise to build a Sandbelt–style golf course. At the time Hanse was the only one of the eight finalists to have never been to Australia.

One of the earliest critics of Royal Sydney was legendary British designer Dr. Alister MacKenzie, whose suggested course alterations were either ignored at the time or lost over the decades as various design firms tinkered with the Sydney holes. MacKenzie wrote in the 1930s of the importance of ‘finality of design’, and for clubs to find their ‘ideal’ structure and therefore avoid the need to constantly change their golf course. There have been far too many redesigns on top of redesigns in Australia of late, and members here will be hoping at a minimum for some sort of finality and for an improvement on the last major overhaul in 2006 by Ross Watson. Given Hanse’s soft-touch design pedigree and an appealing sandy base to work with at Royal Sydney, the project holds great promise. We shall watch it closely. 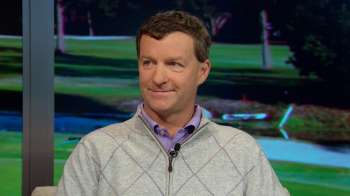 Despite the option of running scaled back events, GA decides to pull the pin again on our national Opens

Nine million reasons to be confident in golf's future