Western Australia's premier modern golf course, the Links at Kennedy Bay, is to be redesigned by local "celebrity" designer, and PGA Professional, Graham Marsh. Marsh has several design credits in WA including the nearby Secret Harbour, which has never been as well regarded as Kennedy Bay despite a similarity of terrain. He also had a hand in the design of The Vines and Kalgoorlie Golf Club in Western Australia, and has redesigned Perth's Cottesloe Golf Club.

As the media release below outlines, the changes will begin later this year and were necessary because of a desire from developers WABGR to replace nine holes on the existing Michael Coate designed Kennedy Bay Links with housing.

Though wishing for the best, it seems unlikely that this appointment will result in the redesigned golf course at Kennedy Bay matching the quality of the original. We do hope, however, that it proves popular with new and existing residents and can at least retain some of the charm and sport of the previous version of the course. Another Secret Harbour would be a missed opportunity.

Graham Marsh is one of the globe’s most qualified and experienced golf course architects. He has more than 30 years’ experience designing award-winning residential, resort, private and tournament golf courses in locations all over the world including Asia, Europe, America, Africa and Australia.

Confirming the appointment, development manager for Place Development Australia, David Roberts said: “Graham’s understanding of our brief and vision for this project was impressive. He demonstrated a deep appreciation for maintaining the integrity and unique characteristics of the existing golf course while also applying insights, expertise and a level of detail that will ensure the delivery of a world-class golfing facility.

“I’m confident golfers will be happy with the completed course and the opportunities that an improved golf course will offer.”

Works on the Links Kennedy Bay golf course will commence in August 2020. The works will be staggered to minimise disruption and to ensure a nine-hole course remains open to golfers throughout its transformation.

WABGR also confirmed Western Australian building company EMCO Building as construction partner for the new $5.5 million Kennedy Bay Clubhouse. Designed by Gresley Abas (known for the award-winning Wembley Golf Course) the Kennedy Bay Clubhouse will be the vanguard of the Links Kennedy Bay golf course and include a proshop, golf facilities and management offices alongside a restaurant, bar and alfresco terrace.

“These are two very exciting milestone appointments for this project. Kennedy Bay is an ambitious and significant redevelopment of a large portion of the Western Australia coastline into a new thriving commercial, hospitality and recreational destination. We know our design and construct partners will be absolutely critical to its success.

“GMGD and EMCO Builders are leaders in their respective fields and I have complete confidence in their ability to deliver on our shared vision.”

Construction of the Kennedy Bay Clubhouse is already underway and scheduled to open in September 2021.

Kennedy Bay is a new $425 million coastal community that will see approximately 66 hectares of land developed over the next eight years to deliver over 900 residential lots and a new thriving commercial and retail town centre. 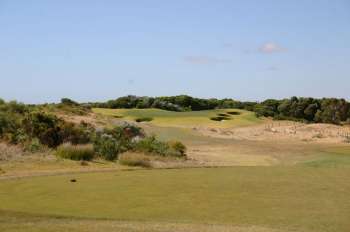