Since news emerged last year that PLACE Development had engaged Graham Marsh’s company to redesign Western Australia's premier modern golf course, the Links at Kennedy Bay, local golfers have been asking the developer to see actual plans on the impacts of changes to their beloved course. Those plans have now been made public, with golfers invited by the City of Rockingham to comment on the development proposal.

Drawn up in early 2020, the Marsh plans will be confronting for some resident members. Not only is the entire back nine lost to housing, holes 5 through 9 are altered beyond recognition. The only remnants of the original layout are holes 2 to 4, as well as the second half of the 1st. The rest of the holes will be new. Many will occupy new golf land alongside the existing residential precinct, or wedged between housing and a wetland.

Overall course length increases almost 400 metres to 6,775 which does seem long on an exposed site like Kennedy Bay. Marsh has form in this area, however, having recently designed the residential Bingara Gorge course south of Sydney to be the longest in the state of New South Wales.

While golfers will lament the loss of really fun holes like the short 6th, the drivable par four 7th and sharply doglegged 9th, the real shame is the removal of the fine inward side. Those final nine holes were earmarked for development sometime back, so locals were aware of the impacts of redesign through this area, though likely to be no less disappointed by their loss.

Having now seen the full plan for the first time, one can only wonder what members and regular players think of the changes. We imagine that many would have preferred a few more of the front nine holes to be retained, particularly standouts like the 7th. On the positive side, they are finally getting a permanent clubhouse structure and, one hopes, some sort of longer term investment in the condition of the golf course itself.

We have included the redesign plans for Links Kennedy Bay below, and will watch developments closely as course changes are undertaken in coming years.

Update: Feb 11, 2021. The following comments from course designer Graham Marsh were included in a press release issued by the Kennedy Bay developer this week.

“The Kennedy Bay development is a key opportunity to upgrade critical aspects of this popular and world- class golf course to ensure its environmental and economic longevity and sustainability.

“Our design intent is to unlock the course’s true potential and incorporate key design details that reduce course maintenance requirements and will deliver significant savings for both now and into the future. Aspects of this include working with the land to showcase and enhance surrounding vegetation as well as the introduction of advanced irrigation systems which will efficiently manage water distribution.”

"Essentially what we have achieved with the design amounts to a friendlier course where difficulty meets playability - it is every bit as challenging for the good player but easier for an average player to enjoy.

“The key is planning not only for the immediate, but also for the future - the course design must fit the current playing standards but also be capable of meeting the demands of the rapidly changing nature of the game.” Graham Marsh. 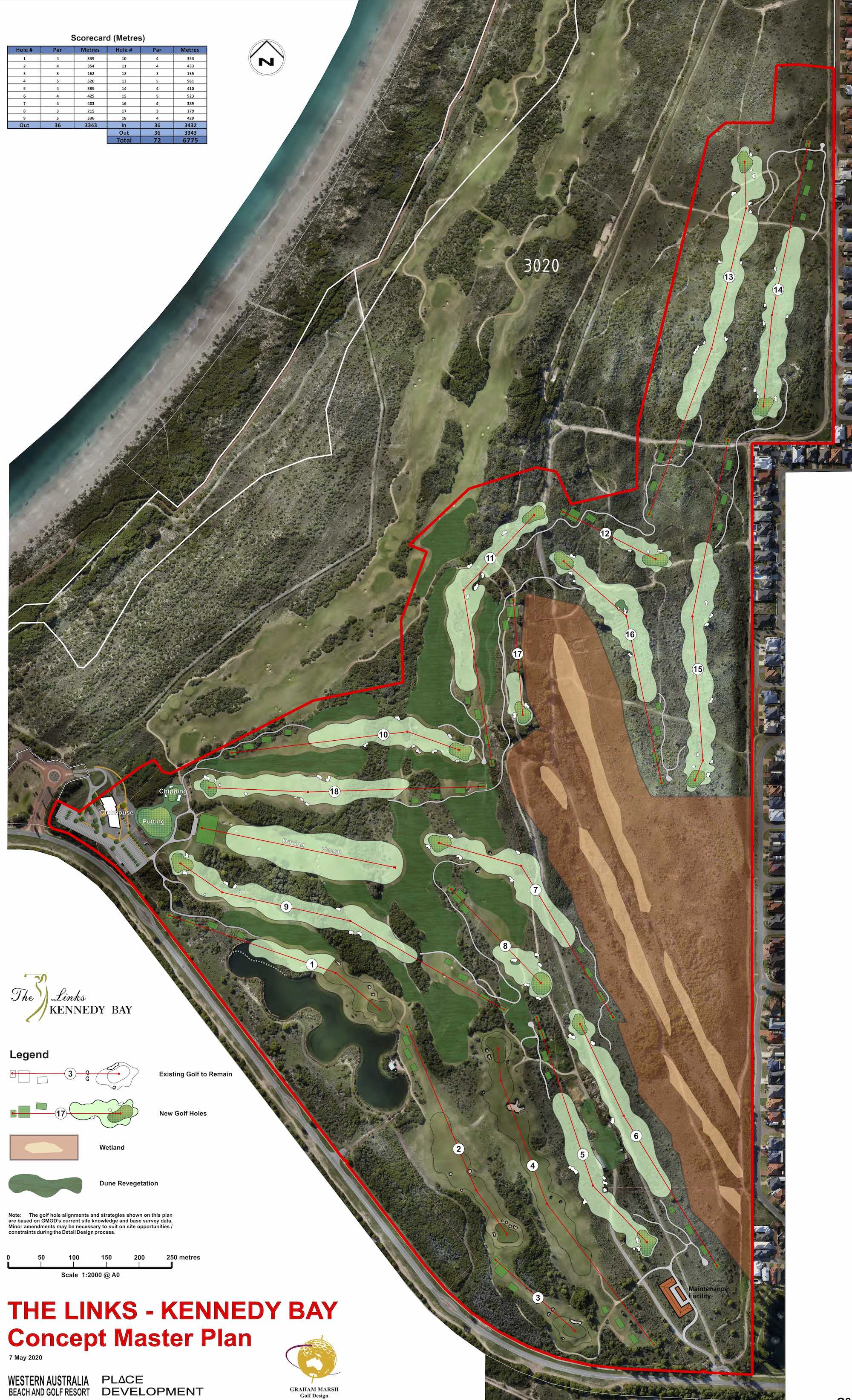