According to an article on the Stuff.co.nz website, the High Court in New Zealand has approved Auckland Council’s plan to slice the Chamberlain Park golf course in half, and develop a public park on nine of its current holes.

Described on its website as, “the most popular golf course in New Zealand”, Chamberlain Park is situated less than 5km from the Auckland CBD and attracts more than 50,000 rounds of golf per year. It is apparently one of only two 18-hole public courses serving Aucklanders. Green fees are a modest $28 midweek and $30 on weekends.

According to Save Chamberlain Park campaign chairman Geoff Senescall, golf is the number 1 participation sport in Auckland and the loss of 18 holes so close to the city is a “significant blow for the working classes and others who rely on Chamberlain Park as a low cost and accessible place to play golf.” Senescall added to Stuff.co.nz that it was also “a blow for future generations of Aucklanders.”

Affordable public access golf in metropolitan areas is crucial to the health of our game, something that administrators and many private club golfers often overlook. Combining higher urban populations with fewer golf courses is unlikely to lead to increased participation, or help to halt the game’s current decline.

The hugely expensive Royal Auckland redevelopment by Nicklaus Design will reopen in the near future and no doubt attract plenty of press, while public golfers downtown grapple with the very real prospect of having to decide whether to change home courses or potentially play half as much golf, or no golf at all.

The battle to retain urban golfing land is particularly difficult these days, in the face of fierce and effective advocacy against our game. It’s the issue that should concern administrators in New Zealand and Australia more than any other. We are blessed with high golf to population ratios here, but largely because the game has been popular over the years – and among all demographics. 50,000 rounds of golf at Chamberlain Park is a significant figure, yet we find our game marginalised as non-golfers seek to find “better uses” of such public land.

No doubt like Albert Park in Melbourne, many private club members and lifelong golf addicts were first hooked on the game at Chamberlain Park. If less golf were played there moving forward that would be to our industry’s detriment. We can only hope that in taking nine holes from public course golfers in Auckland, the city council will at least invest in the remaining facilities – and ideally both enhance the retained holes and add their planned driving range.

From the Stuff.co.nz article:

The fate of a popular central Auckland golf course has finally been decided and it will be cut in half.

Last year the Albert-Eden Local Board and Auckland Council decided to reduce Chamberlain Park in Mt Albert from an 18-hole golf course down to nine holes, using the freed-up land to develop a public park.

Opposition group Save Chamberlain Park filed for a judicial review of the decision in the High Court in May 2017 and Justice Simon Moore heard arguments from both sides in February.

In 2015 the local board approved a design that included a 3.3ha park with a driving range, two multi-use sports fields, a public park and a pedestrian and cycle path through the eastern edge of the site.

There was also the possibility that Auckland Council would relocate the Mt Albert Aquatic Centre to the park.

The cost of the redevelopment was estimated to be between $8 million and $13.4m. 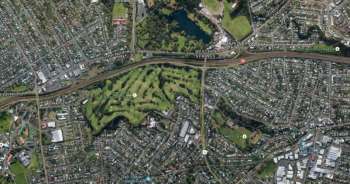 The best come to Adelaide for Women's Australian Open

A dozen past champions return to ISPS Handa Vic Open

12 former champions set for another tilt at the ISPS Handa Vic Open at 13th Beach.