Golf Australia have published an article this week regarding the proposal of the City of Sydney Lord Mayor Clover Moore, to reduce the ever-popular Moore Park golf course by half. Moore's rationale that the golf course could be better used as parkland, literally across the road from a giant parkland, has angered many in the golf industry and beyond. Sydney has an abundance of private golf clubs, but fewer inner-city public access courses than other cities in Australia per population.

Moore Park is one of the busiest public courses in the world, and losing even half the holes would deal a tremendous blow to the golf industry in New South Wales, not to mention the physical health and mental and social wellbeing of the 80,000 plus golfers who use the course each year. Thankfully, it appears that senior NSW Government Minister Rob Stokes can see the benefits of a golf course in the city and is keen to retain 18 holes for public use.

Whilst pleased for the Minister's intervention, we don't necessary concur with the Golf Australia assessment as this being a "win" for golf. If it proves a long-term and lasting policy position that protects golf and the public golfer then it very much will be a win, but our game cannot afford to drop its guard for a moment, and especially in this current inner-city angst against golf era. We desperately need courses like Moore Park to endure and prosper, just like we needed Victoria Park and North Lakes to survive in Brisbane.

In our view Golf Australia should prioritise public golf and start fighting proactively to protect and enhance the 30-40 busiest and most important inner-city public courses across Australia. A temporary reprieve like Albert Park in Melbourne is no good for the game long term. Public course golfers need the security of a longer lease, and an assurance that city dwelling newcomers will be able to tiptoe into our great game for decades to come.

Golf appears to have won a battle in the war over Moore Park, the inner-Sydney public course that has come under threat.

Rob Stokes, the New South Wales Planning and Public Spaces Minister, has come out in favor of retaining the full 18 holes at Moore Park, despite Mayor Clover Moore’s push for a reduction to nine holes.

According to Sydney media reports today, Stokes has asked the Greater Sydney Parklands Trust, which oversees Centennial Park and Moore Park, to investigate how the NSW Government can create more public access to the golf course while retaining 18 holes.

The Minister said this should be possible with a “small modification” to the golf course.

In October the City of Sydney released two options for reducing the course by half, but the consultation period has seen fierce debate. At least four state MPs have spoken out against Cr Moore’s proposal in the past few weeks.

Golf Australia has also said it is disappointed with the proposal.

But Stokes’ intervention appears to be significant. He told the Sydney Morning Herald that the club was a "significant component of the sustainable funding and management of Centennial, Queens and Moore parks", contributing 39 per cent of the Centennial Park and Moore Park Trust’s income. 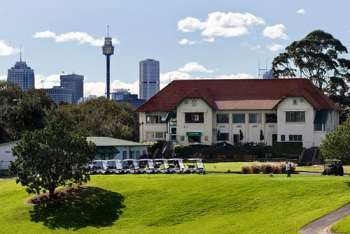