Hong Kong to lose some of its most significant golfing land.

A fierce battle over golf course land at Fanling in Hong Kong appears to be over, with lobbyists successfully arguing that around a quarter of the Hong Kong Golf Club’s golfing land should be reclaimed and used for housing.

The decision follows many months of arguments on both sides, as to what was an appropriate use of the government owned property. The Hong Kong Golf Club has leased its Fanling golf land for more than 100 years, but was apparently unable to make a strong enough claim that the benefits of the game outweighed the pressing need for more residential dwellings.

From the Straits Times came the following report overnight:

Hong Kong leader Carrie Lam now has the muscle to push through contentious proposals that would boost housing supply, including taking back part of an iconic golf course and a massive land reclamation off Lantau island.

This comes after lawmakers in the Executive Council "fully endorsed" eight suggestions put up by a government-appointed land supply task force to look into ways to ease the city's housing crunch, which has made it the world's least affordable property market.

The announcement comes nearly two months after the task force submitted its report to the government, in which it suggested ways to generate some 3,000ha of land for development.

Describing this as "not an easy decision", Mr Wong said the government would take back 32ha of the exclusive 172ha Fanling golf course, home to the Hong Kong Golf Club, to build homes, of which the bulk would be public housing.

To ease the transition, Mr Wong said the government would take the land back three years after the current lease ends in August 2020.

The remaining 140ha of the golf course would remain untouched and the lease would be extended until mid-2027.

The proposal to take back part of the golf course has had golfers fuming as they said it would hinder deal-making since many bankers and businessmen play the sport.

Perhaps instead of focusing on the value of golf as a deal-making device, club directors should have argued instead for the value of green open space in an urban environment, and of the well documented social, physical and mental benefits enjoyed by golf participants worldwide. Golfers live longer, healthier and generally more productive lives than non-golfers, particularly in Asia where there are a higher percentage of female golfers to male golfers than in other markets.

Instead of an exclusive game for the well connected, the club could have made more of the opportunities provided every year for junior, senior, male and female golfers to get outside with nature and keep active. Not to mention the long history of the Hong Kong Open, as one of Asia’s preeminent golf events.

We aren’t familiar with the 32-hectares lost to golf, but understand that parts of the Fanling tournament course will be affected and that two of the club’s three courses will likely need a redesign of some sort to accommodate the loss of land. 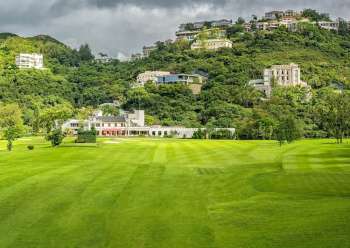 Popular public access golf course in the city to close June 30 and reopen as parkland.