In a decision that has potential ramifications for several struggling golf clubs in Melbourne’s southeast, Councillors at the Kingston Council have voted to make a submission to the Victorian government’s planning review, advising that any land vacated by golf clubs in the future should be kept clear of development and remain as open space.

The Planning for Golf in Victoria discussion paper is part of a wider Plan Melbourne policy, and was established to work with the golf industry, as well as local government, to help direct the development of facilities that meet the future needs of our sport. The task force in charge of the project is made up of government bureaucrats and a representative from Golf Victoria. The paper is intended to help the state government assess how to help golf clubs survive amid declining membership numbers.

Particularly pertinent in the current environment, is the view from council that policy instruments are needed to help alleviate the pressure on golf clubs to rezone their land for residential use. In other words, council are not keen for the community backlash associated with golf club relocations, such as the current Save Kingswood campaign.

The Kingswood Golf Club sold its golf course land to developer ISPT for $125 million two years ago, and merged with Peninsula to create what they regard as a ‘super club’. Plans to construct a large residential estate on the Dingley land have infuriated some local residents, who are campaigning to prevent the open space from being converted into a housing precinct.

Councillors don’t expect the discussion paper to prevent the Kingswood redevelopment, but hope policy can be implement that makes it harder in the future for golf courses within Kingston to follow the same path. The club most obviously impacted by such a policy would be Rossdale, which has sadly struggled in recent years to retain members and been forced to consider both relocation and a partial sell off of land in order to stay afloat.

Cr Steve Staikos noted that golf courses zoned within the green wedge had “extra protections” against development and that he did not wish for urban golf courses in Kingston to be picked off for residential expansion. What will interest many in the golf industry, is whether other councils follow Kingston’s lead and make similar submissions and, ultimately, whether any firm policy from Government is implemented.

One club likely to be sweating on the outcome of the discussion paper is Keysborough in the neighbouring City of Greater Dandenong, who are hoping for a rezoning of their green wedge site for the very purposes outlined.

It has long been my personal view, that the only sensible solution for both Rossdale and Keysborough Golf Clubs was a merger, which protected the existing Keysborough course and involved the shortening of Rossdale’s. Unlike some, I don’t view short courses as the panacea to golf’s many problems but in the case of Rossdale, there is too much debt, too few members and the area has too much potential for a quality short course to completely give up on golf.

The other option is for the club to keep selling small chunks of its land to cover debt, and slowly but surely shrink itself into the ground. If done well, an injection of funds into Keysborough together with a Morfontaine-quality short course in Aspendale would produce an attractive facility for potential members.

As highlighted in the report below, unless metropolitan golf clubs in Melbourne are banking on a change of policy at council level, they can expect resistance to any future relocations or land rezonings. We have a golf conscious Premier in Victoria, and the expectation should be that the Planning for Golf discussion paper is taken seriously at the highest levels. A recommendations report is being prepared at the moment, and is due to be submitted to the Minister for Planning in November.

From the Bayside News:

A PLANNING review by the state government has prompted Kingston Council to reiterate its policy of preferring sold-off golf courses be kept clear of development as open space.

Councillors at the latest public council meeting on 28 August discussed council’s submission to the state government’s Planning for golf in Victoria paper to be released later this month.

The paper will outline a 35-year strategy to “help golf navigate the issues facing the sport, such as pressure to rezone golf course land for residential use”.

A task force, including state bureaucrats and a representative from Golf Victoria, established by the government is assessing how best to help golf clubs survive and thrive amid declining membership numbers.

A preliminary discussion paper released in June noted: “290 hectares of golf land has been sold to developers in recent years”.

“The number of golf courses inside the urban growth boundary in Melbourne’s south east exceeds demand,” the discussion paper stated.

“A number may be suited to repurposing for other sports, community facilities or open space serving active recreation.

“Some clubs are keen to be rezoned for residential development but constraints on the land, unsuitable location and other considerations may limit how much land is suitable for rezoning.”

Councillors voted 5-4 to tell the state government Kingston Council wants any land vacated by golf clubs in future to be available for community use.

Cr Rosemary West suggested golf clubs could be more sustainable if function centres and other sports facilities are built at course sites.

“Every effort has to be made to retain that [golf courses] if possible, but we can’t do, I suppose, is second guess what’s happening in that industry and what people are doing with their spare time,” he said.

“There is pressure for active sports facilities all over the place. We’re encouraging young women to play sports that they traditionally haven’t been a part of and there’s just not room for them. It’s about getting a balanced outcome.”

He said there should be a “net community benefit” and this could take the form of more schools, kindergartens or “affordable housing”.

“A bland subdivision … is not an acceptable outcome,” Cr Gledhill said.

The council debate and submission to the state government comes as property fund manager ISPT finalises its planning application to Kingston Council proposing the Kingswood Golf Course in Dingley Village be rezoned for the construction of a residential housing estate.

ISPT bought the course for $125 million against a market value of about $80 million at the time two years ago.

Councillors will debate and vote on the planning application at a public planning meeting on 20 September.

Dingley Village residents who oppose the development have rallied under the Save Kingswood community group banner.

“This particular paper that’s being introduced by the state government is probably too late for Kingswood but it does affect and impact on urban golf courses within the city of Kingston,” Cr Steve Staikos said at the latest council meeting.

“We do have golf courses in the urban area and we’re not going to give people carte blanche to start processes for development.”

“All sorts of other things can be traded off against the golf course,” she said.

The discussion paper mentions open space may be an option to be provided elsewhere by developers or “social housing, crisis accommodation, libraries, education precincts, health or legal services” could be uses permitted on former golf course land.

Crs Staikos, West, Tamara Barth, the mayor Cr David Eden and Georgina Oxley voted to make a submission to the state government that amended a council officers’ report on the matter. 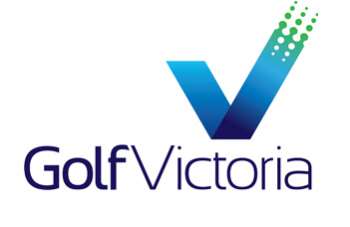