About OCM: Born and raised in Melbourne, Australia, Geoff, Ashley, and Mike were heavily influenced by playing and studying the sand-belt courses, and they count many of them as clients today.
OCM works with many high-profile courses in Australia and Asia. Clients include Kingston Heath, Victoria, Peninsula Kingswood, The Lakes, Royal Queensland, Lake Karrinyup, Yangtze Dunes (Shanghai), and Lonsdale. In 2020, OCM completed their first project in America with the re-design of Shady Oaks, in Fort Worth, Texas.

Geoff Ogilvy was the 2006 U.S. Open Champion at Winged Foot and is the preeminent PGA TOUR golf architecture voice in the game today. Geoff said, “We feel incredibly humbled and excited to be working with Medinah on the redevelopment of Course #3.” 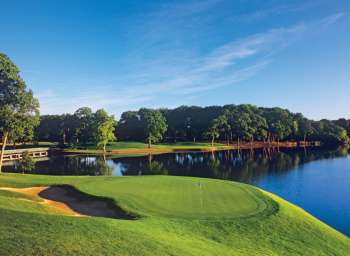