In a development that will surprise many in the Australian golf industry, professional golfer Mike Clayton has left the design company that he founded, OCCM, to start a new global partnership with Mike DeVries and Frank Pont. The company is to be known as Clayton, DeVries & Pont – or CDP Golf Design.

The split from OCCM, which was previously known as Ogilvy Clayton and before then Michael Clayton Golf Design, was announced yesterday via social media. Clayton remarked on a Podcast called State of the Game, that OCCM “wasn’t working as well as it had for any of us. We all thought it was time that I moved on, so I have.”

Remaining OCCM Directors Geoff Ogilvy, Michael Cocking and Ashley Mead will no doubt be answering questions from clients on what the change means for their business, and announcing a change of company name at some point in the near future as well.

For Clayton, his new partnership looks set to focus primarily on restoration work in Europe, where partner Frank Pont has established himself as the continents leading curator of classic old-school Harry Colt and Tom Simpson design. Clayton’s comparable body of work in Australia, at such esteemed courses as Kingston Heath, Victoria and Metropolitan, should make for a comfortable partnership in that space, and they have apparently been appointed to restore a well-known golf course in Ireland as a first project.

Said Clayton of the three-way association, “We are fully committed to travelling to each other’s continents to assist with projects. In my instance, as the partner slightly more removed from the others geographically speaking, I shall be spending part of my time based in England for the foreseeable future. Frank and Mike are already working together on Bloomfield Hills C.C. and Frank and I will shortly be announcing a collaboration in Ireland.”

American Mike DeVries, who co-designed Cape Wickham with Planet Golf’s Darius Oliver, is both a shaper and designer, and it will be interesting to see whether he collaborates with Pont and Clayton on restoration work outside the USA, or is used instead on new builds and projects within North America.

Within the Australian market, it will be interesting to observe how Clayton and Ogilvy’s existing clients are serviced and whether the creation of a rival company to what remains of OCCM competes against them for projects. Mike Clayton is a much-loved personality in Australia, and an authority on the history of the professional game. He does have his detractors, however, and has been unfairly maligned in the past for his propensity toward aggressive tree removal. No doubt he will be considering how to best sell his services in this country, and approach future design opportunities. We don’t believe, for example, that the renovation model at Peninsula Kingswood is a particularly sensible one for clubs without access to a $90 million windfall, nor perhaps for those club with such excess capital. We note that Mike Clayton’s new website does not reference more recent OCCM work at Peninsula Kingswood and Bonnie Doon, which may be because of a mindset shift or simply an acknowledgement of Michael Cocking as the principal designer responsible for this work.

Regardless, we wish Mike Clayton the best with this endeavour and look forward to learning about any new restoration projects, in particular in Europe where he will apparently base himself for several months a year.

When John Sloan, the late Bruce Grant and I formed Michael Clayton Golf Design in 1995 it began what has been a long career in the business of golf course design. They both thought there was room for an honest, forthright (even if it proved controversial at times) voice in Australian golf. It gave me an opportunity to work with them at many of the finest clubs in the country. Much of what we were able to achieve was worthwhile, and even game-changing.

In 2010 the business morphed into Ogilvy Clayton and five years later, into OCCM, where we continued the quality of work.

It is however time to move on. I am excited for what lies ahead and I aim to continue to make a significant contribution to the game around the world. My partnership with Mike DeVries and Frank Pont, and the formation of Clayton DeVries & Pont, is both an exciting development and an opportunity to work with two men I have long admired. I am looking forward to collaborating with them in Europe, The United States and Australia.

With the help of a number of treasured relationships I have made over many years working in Australia, I also fully intend to continue to work with local clubs - both ones where I have had long and valued associations; and with new clients looking for wise counsel - and as Bruce Grant always used to say - “good work”.

Finally, I want to thank the many people who have supported my work, and Debbie and me personally, thus far. They have added immeasurably to my life in golf, and beyond. I am more grateful than words can say. 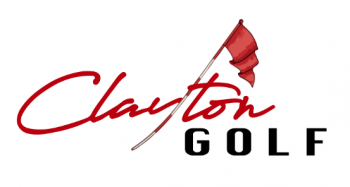