Earlier this week, members of the Royal Sydney Golf Club voted at an Extraordinary General Meeting (EGM) to support plans by American designer Gil Hanse to redevelop the club’s famous ‘Championship’ golf course. The course was redesigned in 2006 by Ross Watson, and the current plan involves closing all 18 holes for a full 12 months from April 2021.

Hanse was actually appointed by Royal Sydney back in 2016, but his initial plans were unpopular in part because the re-routed layout included a par three finishing hole. The proposed changes have been refined over the last three years, and the project approved by members is notable for its almost returning nines, and two back-to-back short par fours at the southern end of the property, which favour differing shape shots and have the potential to be excellent.

Beyond routing and design changes, is the implementation of a Sub-Air drainage system under the greens, similar to the technology used at Augusta National, and the conversion of greens to the currently popular Pure Distinction bentgrass. The bunkers will also be rebuilt with drainage liner and an improved bunker sand. Prior to beginning work, the club will need to lodge a Development Application with the Woollahra Municipal Council, and wait for the 2021 window in Hanse’s busy construction schedule.

The President of Royal Sydney Chris Chapman made the following comments in an article posted on the AGSCA website;

“Throughout its history, The Royal Sydney Golf Club has made an extraordinary contribution to the evolution and development of the game, to golf architecture, to grass and green technology and to tournament life. The Championship Course redevelopment will ensure that these influences prevail long into the future.”

“Our Championship Course has not undergone such a comprehensive renovation for 100 years. The course and its in-ground and on-ground infrastructure are showing their age and would have had to be resolved at some point in the near future. In addressing these issues through the vision of one of the world’s best golf course architects, the club will create an important sanctuary of native flora and fauna in Sydney’s Eastern Suburbs – an incredible opportunity. This re-imagined Championship Course will stand among the finest heath courses and be contemporary, playable and sustainable.”

Captain Stephen Martin added, “The new landscape will not only complement the course design by providing more fairway space, but will also present a number of sustainable benefits. It will almost quadruple our current floral diversity – including several rare and endangered species – as well as add a further 144 trees over the current tree count. The heathland species will thrive naturally in our local environment, meaning the club’s Turf Care team will be able to reduce watering and other inputs for the course’s rough and landscaped areas. We also anticipate that the new landscape will result in a wider diversity of native animal species making Royal Sydney their home.” 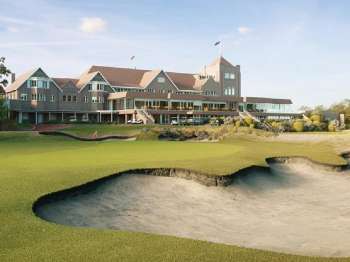