Aside from the revered Patricia Bridges Bowl as ISPS Handa Women’s Australian Open champion, the race for another massive prize begins in earnest at Royal Adelaide next month.

As the first of just two national championships to be played on the LPGA Tour in 2020 before the qualification deadline, the chase for Olympic berths becomes visibly prominent in South Australia.

The women’s Olympic golf tournament will be held at the Kasumigaseki Country Club in Tokyo from 5-8 August, with competitors named soon after the June 29 cut-off date, the day after Hannah Green’s Women’s PGA Championship defence.

But with numbers per country limited, the world’s best players are clearly using Adelaide to jockey for those berths.

Australia will likely have two competitors with Minjee Lee and Green in the box seat to pull on the green and gold, with Su Oh their nearest rival.

Victorian Oh returned from her American base last week to fine-tune before an assault on her first national crown, while the incumbent West Australians have been home for chunks of summer.

Veteran Queenslander Katherine Kirk, ranked No.115 on Olympic qualification rankings, will not have given up hope either, but both she and Oh (No.58) must strike hard and repeatedly in coming months to catch Lee (No.9) and Green (No.22).

Which is partly why there is a such a stellar turnout from the powerhouse Koreans, who will have the maximum representation.

Of the Koreans currently in the Olympic frame, only Jeungeun Lee6 (No.8) will be at Royal Adelaide, leaving reigning Olympic gold medallist Inbee Park (No.16), So Yeon Ryu (No.18) and Amy Yang (No.20) free to make their move.

Throw in countrywomen and former Australian Amateur champions Ayean Cho and Hye Jin Choi, along with Mi Hyang Lee and crowd favourite Jiyai Shin, and it’s easy to see the battle within the battle will rage long and hard.

The United States athletes will present another fascinating sub-plot with reigning champion Nelly Korda the only one of their current three representatives on hand, which means Lizette Salas (No.19), Britt Altomare (No.28), Marina Alex (No.33) and Angel Yim (No.41) all have a golden chance to make their move.

“We have 15 major champions, five past winners of this event including our own legendary Karrie Webb and we’re playing on the gem that is Royal Adelaide Golf Course,” Mr Harrex said.

“So with this Olympic race going on as well, I’m certain all the visitors – and those watching around the world on television – will be blown away by all the tournament and all that South Australia has to offer.”

Royal Adelaide general manager Andrew Gay was excited to have the world’s greatest back on his doorstep.

“When there’s so much to play for, those who come out to watch are sure to see some drama and tension-filled golf,” he said.

"We had a memorable winner here in Ha Na Jang the previous time we hosted the Open, so with so many great players pushing the limits, we’re sure to have another winner for the ages.”

Tickets are officially on sale through Ticketek and remain some of the best value in sport at $25 ($19 concession) each day, or $75 ($57 concession) for a four-day season pass when pre-booked. Children under 16 are free.

As a mark of respect for our fire and emergency workers, they and their families will be admitted entry free of charge during tournament days. 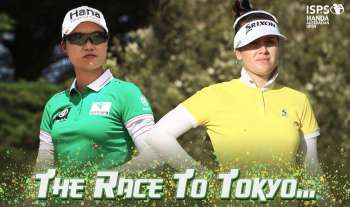