Jeju, South Korea: Two of the top-nine players in the Official World Golf Ranking, world No. 4 Justin Thomas of the United States and ninth-ranked Jason Day of Australia, will spearhead a world-class line-up at the inaugural US$9.25 million CJ CUP @ NINE BRIDGES next month.

“We are delighted to announce the first wave of leading international stars, which fits in tandem with CJ Corporation’s vision in staging a global golf tournament,” said Steiner. “The early commitments received from Justin Thomas, Jason Day, Paul Casey, Rafa Cabrera Bello, Adam Scot and Si Woo Kim will ensure a fantastic week of golf for Korean fans. We will be announcing further players in the coming weeks.”

The supremely talented Thomas has enjoyed an outstanding season with five victories, including his first major title at the PGA Championship in August. After a T8 finish in the season-opening Safeway Open in Napa, California, Thomas defended his CIMB Classic title in Malaysia and then secured his second win of the season at the Sentry Tournament of Champions in Hawaii. He stayed in the Islands to produce his third victory at the Sony Open in Hawaii, firing an 11-under 59 in the opening round to become the seventh player in TOUR history to post a sub-60 round.

After his major breakthrough last month, the 24-year-old Thomas secured another stylish three-shot victory at the Dell Technologies Championship on Monday to move up to second place on the FedExCup standings.

Thomas said: “I’m really excited. Anytime you get the opportunity to go to a place where you’ve never been before, playing against a tremendous field, it’s a great opportunity to get off to a good start in the FedExCup. To go to South Korea for the first time and to play in a place at Jeju island which I’ve heard is an unbelievable place, it’ll be a great experience. It’s one of the coolest part of being a golfer as you’ll never go to new places if you didn’t play golf.”

Day, 29, reached the world number one ranking in 2015 after a spectacular year in which he won five times on the PGA TOUR, including a first Major title at the PGA Championship. He won three more tournaments in 2016 to take his PGA TOUR tally to 10 wins. He is seeking a first win in 2017 and will tee up at the CJ CUP @ NINE BRIDGES following a T9 and T6 finish at the PGA Championship and the Northern Trust last month.

Day said: “It will be fun to have the opportunity to visit Jeju island and compete in the CJ CUP @ NINE BRIDGES. I have always enjoyed travelling around the world to play in front of different golf fans and enjoying what the local culture has to offer which is one of the perks of being a professional golfer. I have heard Jeju island is a breath-taking tourist destination and I intend to make time to enjoy what the place has to offer. Ultimately, my goal will be head over to South Korea and try to win the CJ CUP @ NINE BRIDGES.”

At 22, Kim is touted as a rising star of the game after he became the youngest winner at THE PLAYERS Championship in May for his second career title on the PGA TOUR. He said the CJ CUP @ NINE BRIDGES will provide South Korean golfers with a great opportunity to fast-track their careers and live up to the tournament’s “Bridge to Realization” tagline.

“I’m really excited about the CJ CUP @ NINE BRIDGES. It will be a special week for all Korean players, including myself, to participate in the first ever PGA TOUR tournament in South Korea. I am sure the presence of the PGA TOUR stars in Jeju island will go a long way to promote professional golf in our country and Asia and it is nice to be a part of this new tournament. It will be great if one of the South Korean players can win the inaugural tournament in front of our home fans which will be massive for our sport. A win by a local golfer will also ensure he realizes his dream of earning a PGA TOUR card,” said Kim.

With 13 PGA TOUR wins and 16 other international titles including multiple wins in Asia, Scott, a former world number one, will be shooting for a first title in 2017.  He said: “I’m really excited to have the opportunity to compete in the CJ CUP @ NINE BRIDGES. It will be fun to be a part of a new tournament and I’ll be looking to contend for a win in Jeju island, which I’ve heard is a beautiful destination. I’ve enjoyed wins in Asia previously and it’ll be nice if I can add another trophy to my collection.”

A return to South Korea and Asia will bring back happy memories for Casey, who holds one PGA TOUR victory and 13 other titles on the European Tour. He triumphed in the 2011 Shinhan Donghae Open, one of Korea’s leading domestic tournaments, and also won twice in China. This season, he has registered seven top-10s on the PGA TOUR, including three top-fives in his last four starts.

Casey said: “As I have enjoyed a win in South Korea previously, it’ll be nice to return to a place which I have fond memories. I think it’s exciting for the PGA TOUR players to have the opportunity to compete in a new tournament which shows the game is truly growing in Asia. I’ve enjoyed a solid year in 2017 and my goal at the CJ CUP @ NINE BRIDGES will be to play my way into contention for a win.”

Five top-10s this season including a win in Scotland has propelled Cabrera Bello into the world’s top-20. A win in Jeju island will certainly provide the icing on the cake for the powerful Spaniard.

“I’m looking forward to competing at the CJ CUP @ NINE BRIDGES. It’s always fun to have the opportunity to be a part of a new tournament. I’ll be aiming to produce my best golf there and with the event forming part of the PGA TOUR’s early 2017/18 schedule, I’ll be keen to get off to a strong start and earn valuable FedExCup points.,” he said.

Featuring a 78-man field, the CJ CUP @ NINE BRIDGES will provide Jeju Special Self-Governing Province an opportunity to promote the beauty of Jeju island to the world through the TOUR’s television broadcasts which has a potential reach of one billion homes in 226 countries. CJ Corporation signed a 10-year agreement with the PGA TOUR last year to stage the lucrative tournament which prize fund on offer is amongst the highest on the PGA TOUR. SBS, the PGA TOUR’s partner in Korea for over 10 years, will be the host broadcaster of the event. 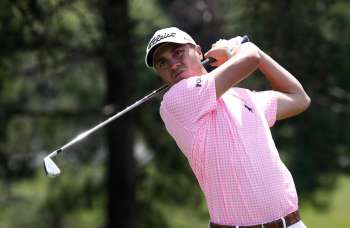