Tiger’s Tennessee Golf Course back on the drawing board.

Fresh from recent announcements about new projects in Chicago and Missouri, comes news from The Tennessean website about plans to revive the long abandoned Two Farms development by Tiger Woods at Thompson’s Station.

Located south of Nashville in Tennessee, the Two Farms development was recently reborn by the Beacon Land Development company from Houston, Texas, who worked with Tiger Woods Design on the Bluejack National project. Their partnership with the Discovery Land Co. recently ended after concerns over water supply forced Discovery Land to walk away from the development. Beacon Land have found a new capital partner, Reeds International, and apparently relaunched the project by successfully lobbying the Thompson’s Station Planning Commission to annex nearly 700 acres for the purpose of building a golf course and mixed-use community.

After months of uncertainty, a controversial proposed development in Thompson's Station is back on the table — and Tiger Woods has rejoined the project.

The Thompson's Station Planning Commission recommended rezoning nearly 687 acres to transect community (TC) to allow for the development of a mixed-use community and golf course, known to many residents as the Two Farms development, between Coleman Road and West Harpeth Road, east of Carter's Creek Pike.

The rezoning is just the first step in the revived proposal, headed by Houston-based Beacon Land Development.

Phase one of the project, which includes more than 1,200 acres, would include about 1,180 housing units, Beacon Land Development President Mike Abbott told the town's planning commission last month.

Beacon had previously partnered with Discovery Land Co. on the project. But when Discovery backed out last fall, citing a lacking water source for the golf course, the project's future was uncertain.

Beacon has now found a new investor, Reeds International, for the project and is partnering with Beau Welling Design and TGR Design By Tiger Woods for the living community and golf course.

"They're the money. From what we understand, they're investors with a little more patience," said Town Administrator Joe Cosentini about Reeds International. "They understand that ... it's not a 10-year build-out cycle; it's probably more like 15 to 20 years. And they're willing to see it through."

While there remain issues regarding water supply, wastewater treatment, development density and environmental impacts to resolve, the council is expected to approve the rezoning and start working with the developer on a more detailed final project footprint. With regards the golf component, Mike Abbot was quoted on the website as telling the planning commission that Tiger Woods was keen on preservation as much as possible, and that he’s “looking to take the character of the land today and enhance it." 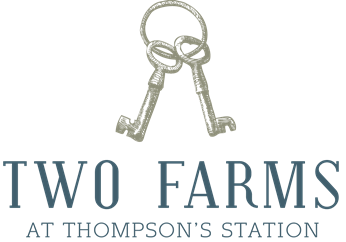