The ISPS HANDA PGA Tour of Australasia schedule will feature a two-week swing in Western Australia for the first time in six years following confirmation that the Nexus Risk Western Australian Open will return at Royal Fremantle Golf Club in October.

Not since Zach Murray’s victory at the 2018 WA Open at Mount Lawley Golf Club has the WA Open counted towards the PGA Tour of Australasia Order of Merit and along with the City of Kalgoorlie-Boulder WA PGA Championship supported by TX Civil & Logistics forms a run of consecutive tournaments last seen in 2015.

With players to compete for a record prize purse of $150,000 at Kalgoorlie Golf Club from October 7-10, the Nexus Risk WA Open will follow the week after from October 14-17 at Royal Fremantle with total prizemoney of $125,000.

The WA PGA Championship will celebrate its 10th staging at Kalgoorlie Golf Club in 2021, the spectacular Graham Marsh design with the desert’s red dirt as the backdrop combined with the hospitality of the Kalgoorlie community making it one of the most popular stops on the PGA Tour of Australasia schedule.

The City of Kalgoorlie-Boulder’s support of the event has spanned the past 10 years and will continue through until at least 2023 and this year represents the seventh year of TX Civil & Logistics support that also includes the 2022 and 2023 championships.

The WA Open will also serve as the third event in the recently announced PGA Affiliate Future Tour and restores one of the country’s most prestigious state championships to its rightful place on the golf calendar.

“Clearly we are delighted to welcome the WA Open back to the PGA Tour of Australasia calendar of events,” said PGA of Australia Tournaments Director Australasia, Nick Dastey.

“The events of last year and border restrictions made it impossible to conduct the WA Open as an Order of Merit event but we now have two weeks of championship golf back to back in WA that I’m sure our best players will embrace.”

“We see the opportunities for our elite amateurs, male and female, to test themselves against the best professional golfers in the country as one of the major outcomes of the WA Open,” Thomas said.

“Since the Nexus Risk WA Open returned to its current rota format in 2009, three Western Australian amateurs have won the WA Open – Oliver Goss, Curtis Luck and Hayden Hopewell. Minjee Lee and Hannah Green also played in the Open as part of their development and in 2019, Kirsten Rudgeley became the first female golfer to make the cut of the WA Open.

“The WA Open has been a great opportunity for our best amateurs.”

Not only does the return of the WA Open provide an opportunity for players but also for golf fans in Perth and beyond.

The state capital has not seen a top tier event since Ryan Fox’s victory at the 2019 ISPS HANDA World Super 6 at Lake Karrinyup Country Club.

“As a means of promoting golf in WA and with the expected quality of the field, it will give the public the opportunity to witness tournament golf at a high level,” Thomas said.

“Unfortunately, with the demise of the World Super 6 and the WA Open being a Non Order of Merit event last year, we have not had an event on the PGA Tour of Australasia for several years.

“It will be great to have an event of this standing and storied history in Perth.”

The WA PGA will be a PGATV broadcast event in 2021, which will see the event broadcast to Australia and New Zealand through partners such as Fox Sports, Kayo and Sky NZ.

The return of the WA Open adds to the PGA Tour of Australasia schedule that currently includes the Tailor-made Building Services NT PGA Championship (August 19-22), WA PGA Championship (October 7-10), Australian PGA Championship (December 2-5) and the New Zealand Open (February 24-27) … with the promise of more to come.

“This is a great result for the PGA Tour of Australasia and we will be making some further exciting tournament announcements over the coming weeks,” said Dastey.

“The Players Series was extremely well received earlier this year, the New Zealand Open returns in February and Golf Challenge has extended its sponsorship of the NSW Open for the next two years.

“In a difficult time for tournament golf we have taken some steps forward in the past six months and a WA Open that counts towards the Order of Merit is a continuation of that.” 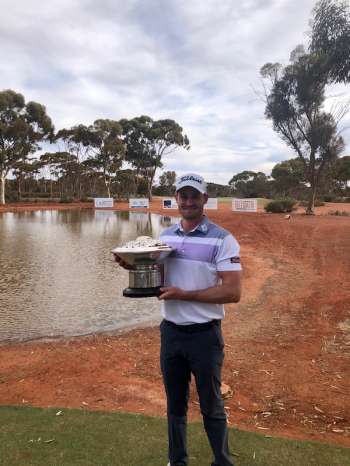