The groundbreaking Vic Open is set to take centre stage again in February, 2022, after a year’s absence because of the Covid-19 pandemic.

Golf Australia confirmed today that the mixed-gender Open, which has won plaudits around the golf world for its innovative format, would resume in 2022 with the support of the Victorian Government.

The tournament will take place at 13th Beach Golf Links on Victoria’s Bellarine Peninsula from 10-13 February and will be part of both the WPGA Tour and the ISPS Handa PGA Tour of Australasia. It will be a highlight of a fascinating string of men’s and women’s events that includes the Australian PGA Championship, the WPGA Championship and four legs of the Webex Players Series.

Prizemoney has been set at a minimum of $820,000, with equal prize pools of $410,000 each for men and women -- which makes it the largest women’s prize purse event in Australia and the second largest prize purse event for the men in Australia this summer. Fields of 144 men and 72 women will commence Thursday, with the top 35 men and 35 women and ties making it through to Sunday.

Golf Australia Chief Executive James Sutherland paid tribute to the Victorian Government for again providing the support for the tournament that has made it possible to run again.

“We are excited about the 2022 event after last year’s absence and wanted to get it happening again because it’s far too good to let go.”

Minister for Tourism, Sport and Major Events, Martin Pakula said, “The Vic Open returning shows major events are back in Victoria and we are set for plenty of action in 2022.”

“The Vic Open has a unique spirit of equality and it is another demonstration of why Victoria is Australia’s premier sporting state.”
This will be the ninth consecutive playing of the tournament at 13th Beach, near the beautiful seaside township of Barwon Heads, a venue boasting two world-class courses and one that has embraced the Vic Open since 2013 and seen it grow exponentially.

Chair of 13th Beach, Grant Phelps said, “13th Beach is delighted to once again welcome the Vic Open to our courses and Club. Our members and the wider local community are eagerly anticipating the return of this important and unique event which attracts the attention of the golfing world and we all look forward to embracing the tournament after an enforced absence in 2021.”

The Vic Open dates to 1957 and has been won by the likes of Peter Thomson, Greg Norman and current Australian brother and sister stars Minjee Lee and Min Woo Lee.

Since 2012 it has been both a men’s and women’s tournament with equal prizemoney. 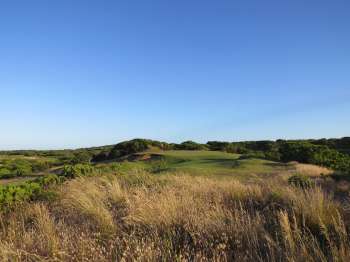