As appeared inevitable when the Victorian Government established its “Golf Course Redevelopment Standing Advisory Committee (SAC)”, the fate of the former Kingswood golf course land in Dingley Village is to be determined by the State Government rather than the local Kingston Council.

Victorian Planning Minister, the Hon Richard Wynne, advised Kingston Council last week of his decision to refer a proposed Planning Scheme Amendment and Planning Permit Application for the former Kingswood Golf site to SAC under recently established planning guidelines for golf course redevelopments. The developer, AustralianSuper subsidiary ISPT, had their initial planning application rejected by Kingston Council in 2018 but have since reapplied to the state government for the land to be rezoned for residential development.

AustralianSuper has also applied to develop the site for housing. As the planning application has not yet been released for public viewing, however, it is unclear what sort of residential density is being sought. Their previous plan included more than 750 home sites on the golf course.

The Victorian Department of Environment, Land, Water and Planning (DELWP) will now coordinate the approval process, and welcome submissions from Kingston Council as well as members of the Dingley community. More than 8,000 objections to the previous proposal were received by Council, and the Save Kingswood Group have indicated that they intend to again fight the amended planning application.

A news release from Kingston Council including the following reaction to Minister’s Wynne’s decision.

Kingston Mayor Steve Staikos said the Planning Minister’s decision means that although Council, like the community, will have an opportunity to make a submission to the Advisory Committee, it will not have the final say about the future of the site.

“The community can be assured that Council will be making a very comprehensive submission to the Standing Advisory Committee on behalf of our community, but it is really important that the community also adds its voice and lets the Committee know how it feels about the proposed rezoning and development application for the site,” said Cr Staikos.

Caruana Ward Councillor George Hua also added his voice of concern in relation to this issue.

“We know the Dingley and broader community is very passionate about what happens to the former Kingswood Golf Course site,” said Cr Hua.

“Council refused the most recent development application for the site after we received a record 8000+ community submissions rejecting the proposal. It is critical that the State Government’s Golf Course Redevelopment Standing Advisory Committee hears from the community through the process to understand their views on the new proposal.”

Planning Panels Victoria is required to publicly exhibit the proposed Planning Scheme Amendment for a minimum of 30 business days, after which a public hearing will take place. A final report will then be submitted to the Minister for Planning to determine whether to approve the amendment with or without changes.

Last year representatives from Kingston Council wrote to AustralianSuper expressing an interest in leasing the Kingswood land and reestablishing a public access golf course on the site. They even had golf course operators on board, and no doubt could have created a tremendous facility for local public golfers. Unfortunately, AustralianSuper advised council that it was not interested in leasing the land, but instead planned to proceed with a new development proposal for the property.

Save Kingswood Group represents many of the opponents of the development plans, and spokesperson Kevin Poulter believes that AustralianSuper should never have purchased a site that was zoned Special Use Golf Course land. He says,“there is vastly insufficient infrastructure and facilities” to accommodate the sort of increase in population proposed by the developer. His group describes Kingswood as Dingley Village’s Central Park, and have been advocating for the preservation of the trees and parkland, “to provide oxygen, reduce pollution, for environmental cooling, offer recreational areas and to stop the destruction of native flora and fauna habitat.”

Amenity impacts and public dissatisfaction with development aside, the implications for members of the Peninsula Kingswood Country Golf Club here are considerable. When the newly merged golf club sold its Dingley site to AustralianSuper in 2014 the contract included a $25 million ‘bonus’, due to be paid to Peninsula Kingswood three years after the successful rezoning of the site to residential. The club is only entitled to the bonus payment if rezoning is approved prior to September 2022.

The rezoning clock has been ticking for Peninsula Kingswood for a couple of years now, given a larger than expected chunk of the Dingley land sale funds were spent on the redevelopment of their Frankston site. The redeveloped facility is also significantly more expensive to maintain than it was pre-merger, meaning that ‘bonus’ money will provide a welcome boost to the club’s Future Fund balance.

There is no doubt that the management and Board of Peninsula Kingswood will be watching the SAC process as closely as the local Council and those who objected to the original development proposal.

For more on the Dingley Village development click here. 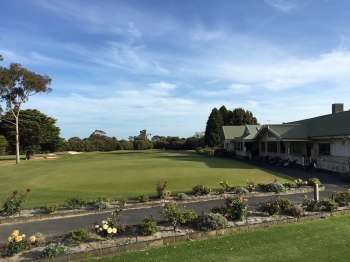